"I’m thankful that Governor Evers is standing up for our Wisconsin National Guard personnel who were sent to the southwest border for a manufactured crisis."

“I’m thankful that Governor Evers is standing up for our Wisconsin National Guard personnel who were sent to the southwest border for a manufactured crisis. I agree with the Governor when he says there is not enough evidence of a national crisis. Unfortunately, President Trump does not understand the sacrifices that our service men and women and their families make to protect our country. Our soldiers should never be used as political pawns for made-up emergencies to fulfill campaign promises.

“We can all agree that our borders need to be safe and crime-free. However, we have to focus on solutions that are backed by evidence and facts. Requiring our service men and women to be at the border without a clear need is wrong. I’m pleased that members of our National Guard will soon be reunited with their families. I would encourage other elected officials to put politics aside and support Governor Evers actions on behalf of our military families.”

Beginning on June 21, 2018, Wisconsin Guard personnel were deployed at the direction of former Governor Scott Walker. Because of Governor Evers’ Executive Order, 112 service men and women will be able to return home to their families.

Last-minute resolution to overhaul rules brought before an Assembly Committee 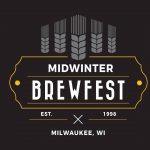 For Members Only: Free Tickets to MKE Brewing’s Brewfest by Maddy Day 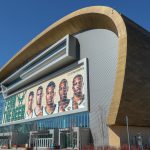 Eyes on Milwaukee: Fiserv Forum Workers to Get $15/Hour by Jeramey Jannene