"I’ve had it with Gov. Walker’s special-interest politics. He works for us, not for Foxconn."

“So much for creating an ‘economic boom’ in Wisconsin. We learned today that Foxconn selected two companies from out of state and one company from outside of the country to build their new factory funded with our tax dollars. That’s nothing to brag about and I guess that’s why Gov. Walker isn’t talking about it right now.

“We should be creating new good-paying jobs for Wisconsinites at Wisconsin-based companies. When we ask Wisconsin taxpayers to open their checkbooks to fund a project, the money should go to companies based in Wisconsin that are going to create jobs that will stick around for the long-run.

“I’ve had it with Gov. Walker’s special-interest politics. He works for us, not for Foxconn.”

Rep. Wachs serves on the board of directors for the Wisconsin Economic Development Corporation (WEDC) where he fought the governor’s efforts to give billions of dollars in Wisconsin taxpayer money away to a foreign company. More information on Rep. Wachs’ positions is available at www.DanaWachs.com.

"Now is the time for unity."

Dana Wachs Stands with UPS Workers as They Vote to Authorize Strike of 260,000 Workers

"It’s about time that every worker be able to earn a fair, living wage at a safe job with decent working conditions."

"Their challenge was ridiculous and that’s why the Elections Commission rejected it." 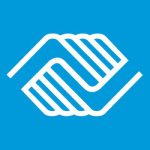