Kleiman was named Radio Milwaukee’s executive director in April 2016 after previously serving as a station consultant for 1½ years. 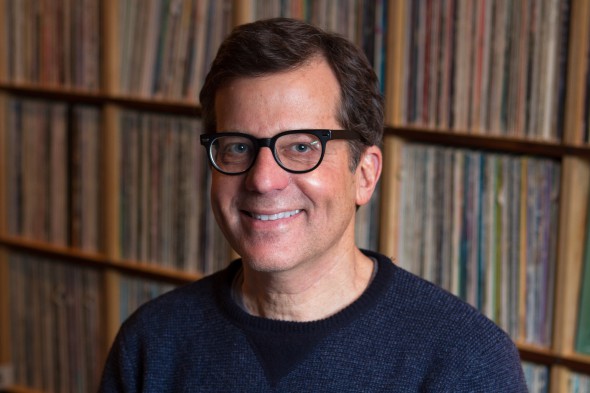 Milwaukee (Oct 28, 2019) – 88Nine Radio Milwaukee (WYMS-FM 88.9) has begun a search for a new executive director to head the award-winning non-commercial radio station, it was announced Monday.

The move follows the planned departure of Glenn Kleiman as executive director, who is leaving his position in spring 2020.

The station’s board of directors has established a search committee and has begun work to identify the organization’s new leader. Board President Juli Kaufmann said the search committee has retained an executive search firm to assist in this process.

“The search will focus on seeking the next leader to continue our forward momentum of inspiring positive change in the community,” Kaufmann said. “Through creative content and programming, Radio Milwaukee will continue to raise the social awareness and engagement of listeners while expanding our audience.”

Kleiman was named Radio Milwaukee’s executive director in April 2016 after previously serving as a station consultant for 1½ years. Before that, Kleiman was founder and CEO of the digital marketing agency Fullhouse for 23 years.

“I love this job, our team and our mission,” Kleiman said. “I’m proud of the work we do and I’ll miss leading our efforts. But it’s time for me to slow down a bit. I’m not retiring, just turning it down a notch. I do hope to stay involved with Radio Milwaukee in some capacity.”

Kaufmann said that during his time as executive director, Kleiman helped significantly grow the station’s online audience and expanded its community outreach, making 88Nine much more than a radio station. Kleiman spearheaded the creation of Backline, an initiative to elevate Milwaukee’s professional musicians, and Grace Weber’s Music Lab, a program for high school musicians. Also under his leadership, the station’s website and social media audiences grew dramatically.

“As a leader and visionary, Glenn has strengthened the organization and expanded our reach,” Kaufmann said. “We are grateful for the leadership Glenn has provided at an important time for our organization and anticipate a seamless transition as we continue to increase our mission impact.”

88Nine Radio Milwaukee (WYMS-FM 88.9) has been a positive force for Milwaukee on air, online and in the community since its 2007 launch. Through its creative programming and content, Radio Milwaukee utilizes a multimedia platform for creating a better, more inclusive and engaged community. The station broadcasts and streams a unique blend of musical styles, including at least one song by a Milwaukee artist each hour, and short Community Stories that foster engagement and positive change. The award-winning station receives the great majority of its financial support from its 6,000 contributing members, more than 200 underwriters and 25 foundations. The station runs a separate 24/7 all-Milwaukee music HD2 broadcast channel and web stream available on HD2 radios and at 414Music.fm online. Learn more about 88Nine and stream the station at http://www.RadioMilwaukee.org or via the 88Nine mobile app.