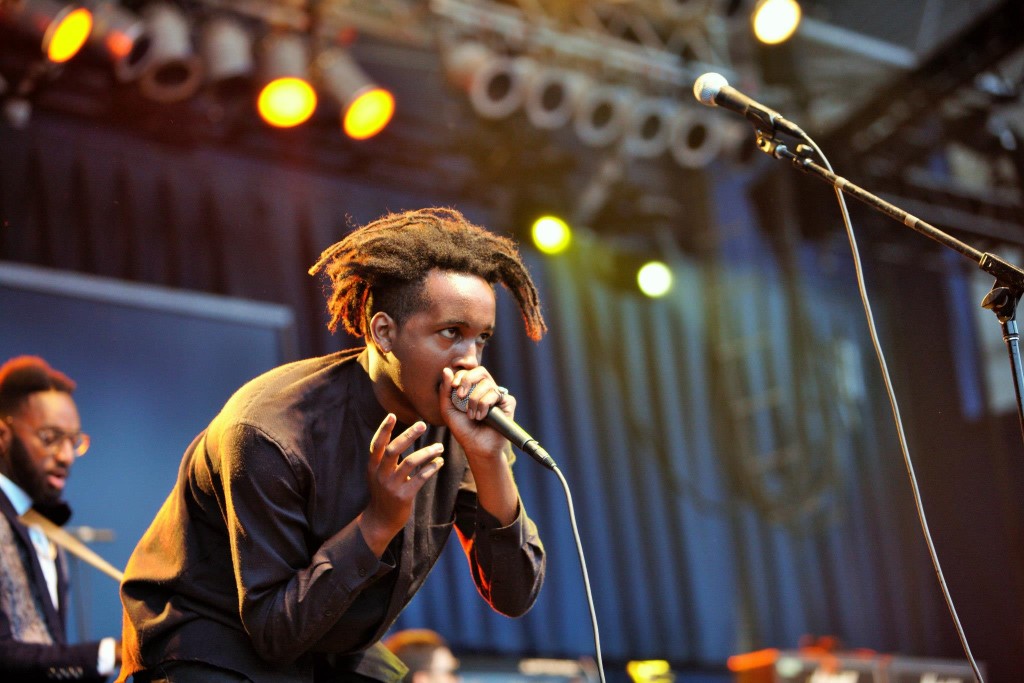 Milwaukee’s WebsterX and the other selected artists will be introduced to national audiences on NPR’s
World Cafe program and on NPR’s All Songs Considered podcast. NPR and VuHaus will also feature these artists through on-air programming and a curated Slingshot Spotify playlist.

The Slingshot video, interview and live event series launched in September 2017 and featured three artists selected by the collective: Lo Moon, Jamila Woods and Big Thief. As these artists traveled around the country, public radio stations including Radio Milwaukee produced videos, conducted interviews, and recorded live performances that appeared both on-air and online at NPR.org/Slingshot. As part of a larger effort for 2018, each member music station selected one new artist to include, with more to be added to the list throughout the year.

Radio Milwaukee’s selected artist, WebsterX, currently stands in the center of Milwaukee’s music scene. The recipient of the Milwaukee Journal Sentinel’s No. 1 album of 2017, the Critics Choice album of the year at the Radio Milwaukee Music Awards and his face on the cover of Milwaukee Magazine, WebsterX comes from a city that loves him. And he’s had a strong hand in building that scene: He performs with the New Age Narcissism collective, a rotating cast of musicians, dancers and creatives who share stages and call each other family.

When he’s not on stage inspiring an audience, he can be found in the community inspiring the next generation. WebsterX helped found FREESPACE, a monthly event designed to give high school students a venue to create, learn and perform with more established local acts. The event itself has created its own
community — a sense of family for Milwaukee’s young performers.

“On stage and off, WebsterX is a dynamic person,” Radio Milwaukee Program Director Jordan Lee said. “He is electricity with a microphone, a big heart, a mentor — and he’s ready to take over the world.”

To view all artists selected for the Slingshot 2018 program, visit npr.org/slingshot2018.

About VuHaus
VuHaus (pronounced “view house”) is a collaboration of public radio and television stations from across the country, deeply rooted in their local music communities. We share a common mission to support artists and be a source of music discovery for audiences around the world. VuHaus is a non-profit, non-commercial organization, with an aim to be true partners to artists while providing a unique window into the country’s most vibrant music scenes.