A new report from ProPublica documents Ron Johnson’s ferocious advocacy to secure large tax breaks in the 2017 GOP tax for his biggest campaign backers, including the revelation that Johnson’s negotiations secured three of his top 2016 boosters — billionaires Dick and Liz Uihlein and Diane Hendricks — at least “$215 million in deductions in 2018 alone,” with that total set to grow to “more than half a billion in tax savings for Hendricks and the Uihleins.”

“This report is an in-your-face reminder that Ron Johnson has always put himself and his richest corporate backers first in Congress, while selling out Wisconsin families,” said Brad Bainum, American Bridge 21st Century spokesperson. “Johnson fought tooth-and-nail to secure three of his biggest billionaire backers a $200-million tax break in 2017. But he today refuses to support any investments in job-creation and infrastructure, and has strongly opposed and attacked Democrats’ expanded child tax credit — a monthly tax cut for 39 million working families.”

According to ProPublica, Johnson likewise lobbied his congressional colleagues to make further changes to the draft 2017 tax law bill text on behalf of a third, developer campaign donor — with the end result that the wealthy backer “got his wish,” such that developers with “a large portfolio of buildings” were eligible for preferential tax treatment, “even if they had small payrolls.”

By Justin Elliott and Robert Faturechi, 8/11/21

Behind the scenes (and on background), at least some Wisconsin Republicans are bad-mouthing Ron Johnson and seeking to position others to replace him 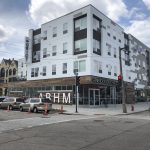