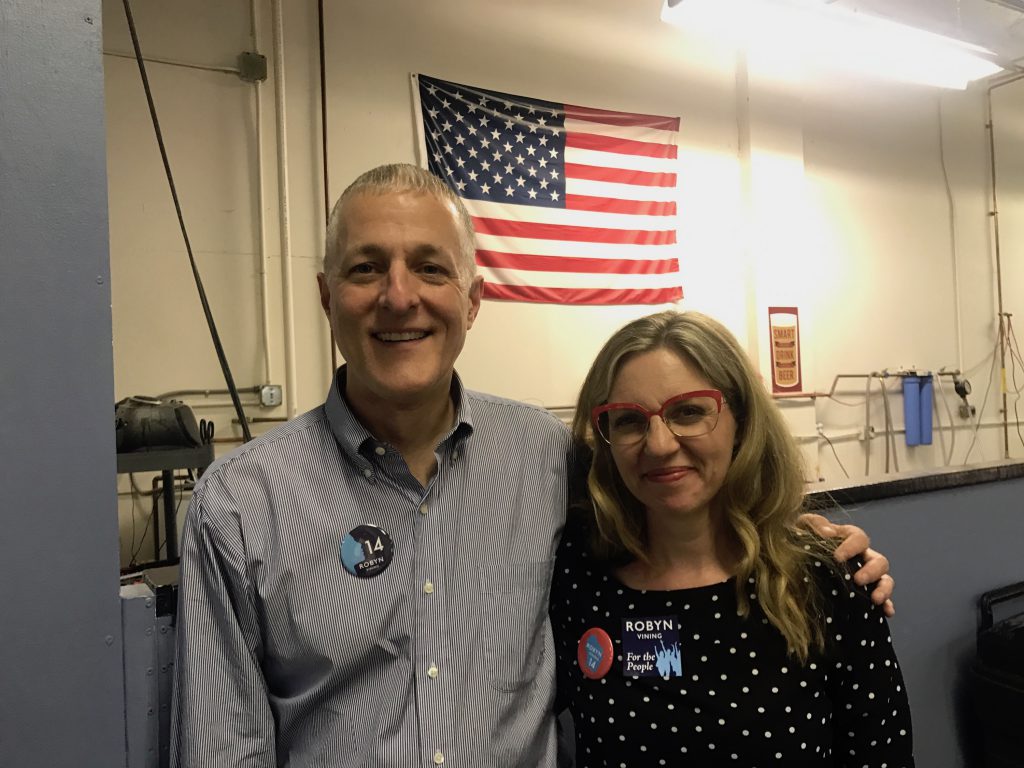 Wauwatosa — Democrat Chris Rockwood has announced that he has withdrawn from the race for the 14th Assembly District and is instead endorsing his former primary opponent, small business owner Robyn Vining. The pair made a joint announcement at an event for State Senate candidate Julie Henszey on May 23.

“I am so humbled by Chris’s support,” Vining said. “Chris has been actively engaged in local and state politics since 2011, including running for office four times, because he is hard working, passionate and cares deeply about our communities. Chris has served our community, and I stand on his shoulders. I am grateful for his partnership, his kindness, his hard work and his conviction.”

Current Assembly Rep. Dale Kooyenga, a Republican, is stepping down from the seat, which represents parts of Wauwatosa, Brookfield and Milwaukee.

“Democrats will be much better positioned to win this Assembly seat if we all work together starting right now instead of waiting until August 15,“ Rockwood noted in his announcement. “Robyn has earned my endorsement because she shares my values and brings fresh energy and enthusiasm to the race. I ask my supporters and fellow Democrats in the 14th Assembly District to unite behind Robyn and elect her to represent us in Madison. The 14th District is not only winnable in the #BlueWave of 2018 but also one of the most important seats to flip in the entire state of Wisconsin.”

A former pastor turned entrepreneur, Vining was named American Mothers’ 2017 Wisconsin Mother of the Year because of her deep commitment to the community. She is a founding board member of Exploit No More, which works to end child sex trafficking, and a founding member of Help Portrait Milwaukee and The Milwaukee Portrait Project, initiatives that serve some of the city’s most vulnerable residents.

This week Vining also received the Moms Demand Action Gun Sense Candidate distinction because of her commitment to common-sense gun reform. Her platform is organized around three priorities: People, Planet and Profit. Learn more at www.robynforwi.com.