Washington, DC – U.S. Rep. Mark Pocan (WI-02), Co-Chair of the Congressional LGBT Equality Caucus, released the following statement after Wisconsin Attorney General Brad Schimel joined 10 other states in challenging President Obama’s federal guidance for schools on how to protect the rights of all students regardless of gender identity:

“Schimel’s decision should come as no surprise to those familiar with Scott Walker’s backwards approach to governing the state. While Governor Walker and Schimel may couch this decision in protecting Wisconsin’s interests, nothing could be farther from the truth. It’s a poor and pitiful attempt to catch a dying wave of shameful political attacks on transgender youth, in an effort to advance an antiquated ideology.

“Instead, we should be looking to support policies in our schools that make students safer, not eliminate protections for some of our most vulnerable students. Many of our country’s leading education groups including the National PTA and the National Education Association have embraced these federal guidelines, signaling they would provide students with safe and welcoming schools. I couldn’t agree more. We cannot lose sight of the fact that these are students who want nothing more than to live authentic lives free of discrimination.”

Pocan Demands Transparency on Sedative Shortages for Patients on Ventilators 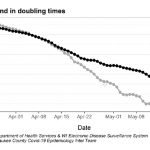