(WISCONSIN) — On the heels of a massive Princess Bride grassroots event launch, the Democratic Party of Wisconsin is thrilled to announce that the cast of Parks and Recreation will reunite on Thursday, September 17 — the day absentee ballots in Wisconsin are scheduled to drop — for a virtual event to encourage and teach Wisconsinites to request, fill out and return their absentee ballot. Cast members will also hold a Q&A session. 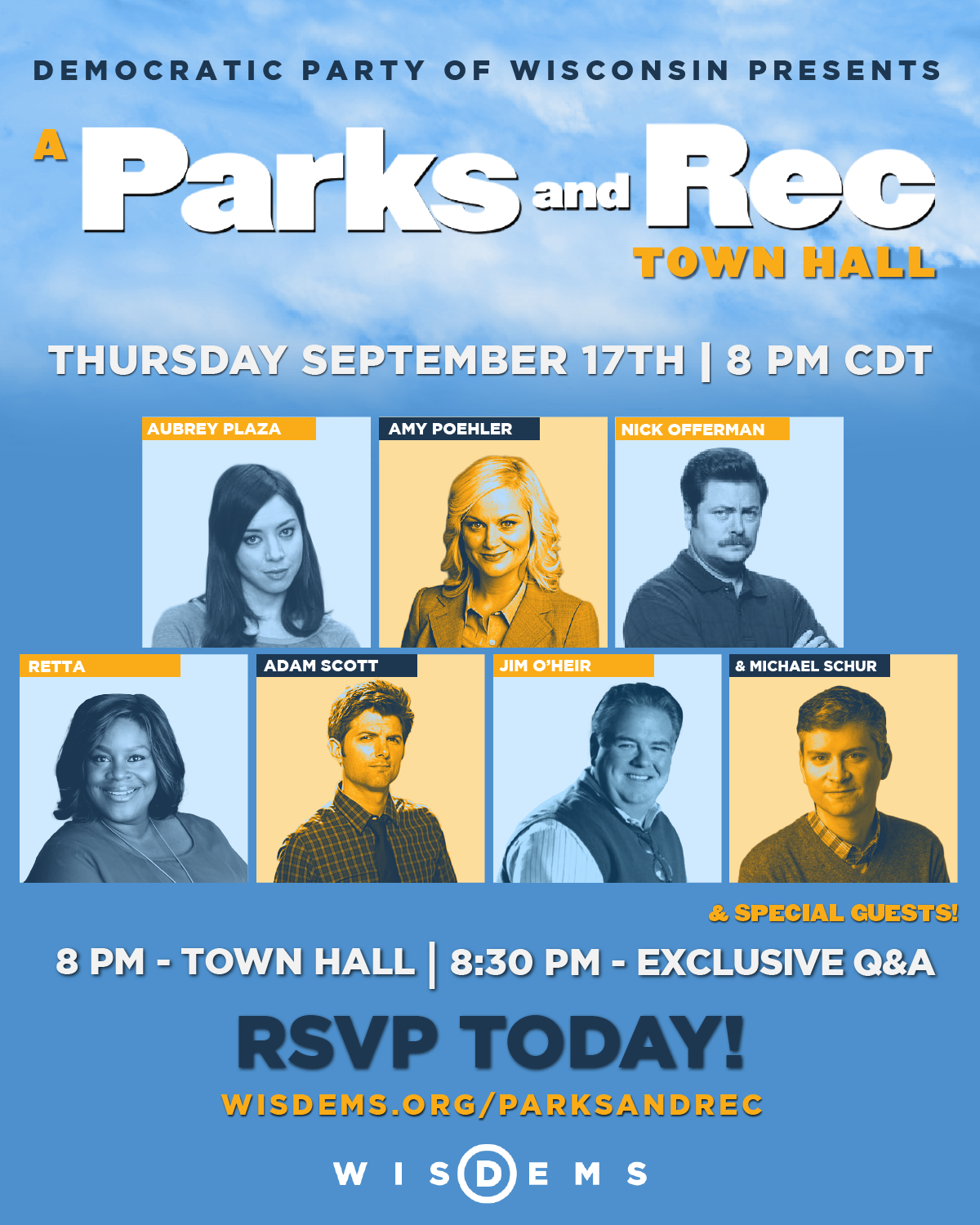 Upon the announcement, Parks and Recreation stars Adam Scott and Aubrey Plaza released the following statement: “Donald Trump has grossly mismanaged our nation and neglected his responsibilities as Commander in Chief during a crisis that has cost us nearly 200,000 lives and millions of jobs. And he intentionally lied to the American people about it. We need a leader who takes his job seriously, who actually works for the people he’s elected to serve, and Donald Trump just isn’t up to the job. We couldn’t be more excited to join forces with the Democratic Party of Wisconsin to make sure Trump is a one-term president.”

Ben Wikler, Chair of the Democratic Party of Wisconsin, also released the following statement: “We couldn’t imagine a show more fitting to inspire Wisconsinites to get involved in local and national politics than Parks and Recreation. We’re so grateful to the cast for lending their time and talent to get out the Wisconsin vote. Indiana may be home to Pawnee, but all roads to the White House go through Wisconsin.”