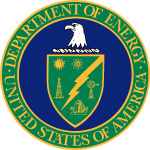 The U.S. Department of Energy’s National Nuclear Security Administration (NNSA) issued two cooperative agreements worth a total of $37 million with a Wisconsin company to support the commercial production of molybdenum-99 (Mo-99), a critical isotope used in more than 40,000 medical procedures in the United States each day, including the diagnosis of heart disease and cancer. The agreements with NorthStar Medical Technologies, LLC of Beloit, Wisconsin will allow for a reliable supply of Mo-99 without the need to use highly enriched uranium (HEU) that presents nuclear nonproliferation concerns.

“Establishing a domestic supply for a whole host of products, including this critical medical isotope, is good for our national security and good for job creation here at home,” said Secretary of Energy Jennifer M. Granholm. “This agreement shows how NNSA – with the support of Congress and U.S. industry – is using scientific knowledge and innovative partnerships to help keep our country safe.”

Historically, U.S. medical facilities have procured Mo-99 from foreign sources. Those sources traditionally produced Mo-99 using HEU, which if stolen or diverted could be used in a nuclear weapon.

In 2018, NorthStar became the first U.S. company in nearly 30 years to produce Mo-99 domestically, using technology that involves irradiation of naturally-occurring Mo-98, instead of irradiating HEU, in a nuclear reactor. The new cooperative agreements will provide $16.3 million to expand NorthStar’s reactor-based Mo-99 production technology, and $20.7 million to support a second NorthStar project to produce Mo-99 using electron beam accelerators. NorthStar will be required to provide an equal amount of matching funds for both agreements.

The first of four agreements to be issued under NNSA’s most recent Funding Opportunity Announcement, the awards are part of NNSA’s broader nonproliferation program. In 2012, Congress directed NNSA to establish a program to support the establishment of commercial domestic production of Mo-99 without the use of HEU. NNSA implements this requirement through its Mo-99 Program, managed by the Office of Defense Nuclear Nonproliferation, which works globally to prevent state and non-state actors from developing nuclear weapons or acquiring weapons-usable nuclear or radiological materials, equipment, technology, and expertise. The Mo-99 Program has worked cooperatively with U.S. industry partners, securing agreements to share the cost of developing Mo-99 production methods and providing funds to DOE’s National Laboratories for research in support of those efforts.

In July 2020, NNSA announced it would make funds available to industry to start commercial-scale production by the end of 2023. After conducting an independent merit review of the applicants, NNSA selected NorthStar and two other companies in March 2021 to begin negotiations for the award of cooperative agreements. These awards represent the first completed agreements; negotiations with the other two companies are ongoing.