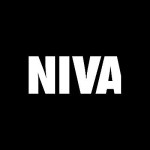 Milwaukee (Dec. 15, 2020) – A New Year’s Eve benefit concert by yacht rockers The Docksiders with performances by BoDeans and other top bands will livestream starting 9 p.m. Dec. 31 to assist Milwaukee venues, artists and stagehands struggling in the wake of the pandemic.

All ticket proceeds and donations will be split between the National Independent Venue Association (NIVA), which will distribute funds to Milwaukee venues, and the Imagine MKE’s Artist Relief Fund, which is providing grants to Milwaukee artists, musicians and stagehands.

Livestream tickets for the virtual New Year’s Eve party are $20 and can be purchased at https://sucherentertainmentllc.ticketspice.com/thedocksidersnye#ticketBlock. Donations also can be made at the website.

The show, which will stream without an audience from Turner Hall Ballroom, will feature a full concert by The Docksiders and performances by BoDeans, Shonn Hinton & Shotgun, B~Free and Quinten Farr and Rocket Cat.

“With live music venues and musicians unable to perform this New Year’s Eve, here’s the perfect way to help them return next year and celebrate the end of the dumpster fire that was 2020,” said Kevin Sucher, leader of The Docksiders and organizer of the event.

“The silver lining of this difficult year has been the collaborations among venues and community partnerships, like this event, to save our stages,” said Kelsey Kaufmann, owner of Cactus Club and a NIVA member who will coordinate distribution of donations to Milwaukee venues. “Local support is critical to sustaining our independent venues and nourishing Milwaukee’s arts scene.”

“We are so excited that The Docksiders are putting on this New Year’s Eve show to give us all a fun and safe way to ring in the New Year while also supporting our region’s artists, cultural creators and concert venues,” Imagine MKE CEO David Lee said. “These people and places provide us so much joy, inspiration and connection, and they have been hit so hard during COVID-19.”

“We appreciate Kevin and The Docksiders helping to raise awareness and financial aid for our city’s live music venues,” said Gary Witt, Pabst Theater Group CEO Gary Witt and a co-founder of NIVA. “We were the first businesses to close, we’ll likely be the last to reopen, and our ability to return after Covid-19 is critical to Milwaukee’s economic rebound.”

Milwaukee-based video production firm Mindpool Live is donating its services to film and livestream the show and is co-producing the event with The Docksiders.

The show’s artists include: