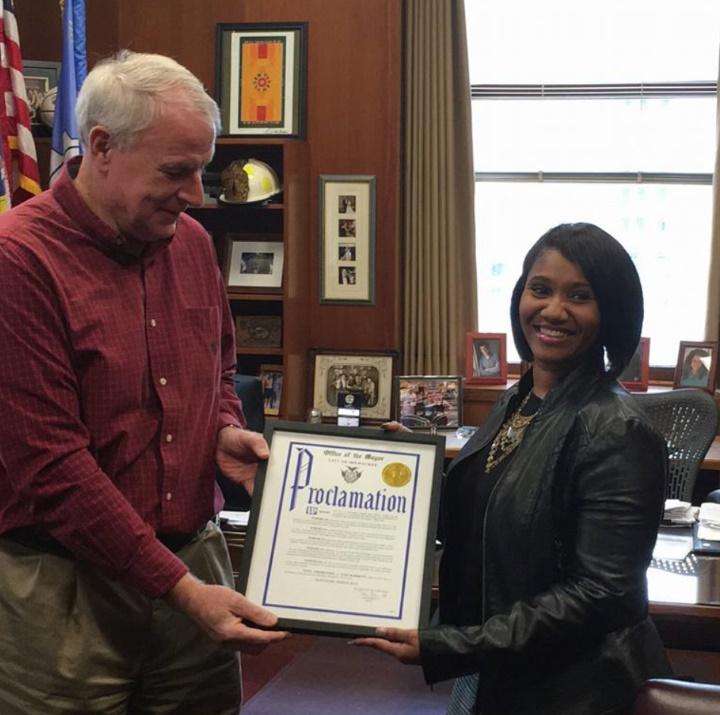 MILWAUKEE – (Oct. 28, 2016) – On Nov. 3, Milwaukee entrepreneur and business owner Kimberly Hall will be featured on the “Steve Harvey Show,” in which there will be a special announcement of host Steve Harvey’s interest in Hall’s company, Signature Sweets.

“Taping this episode was a dream come true for me,” says Hall. “I’ve known for quite some time that my culinary skills and talents are valuable, but being featured on this national program – and the fact that Mr. Harvey was compelled to support my business – motivates me even more to grow Signature Sweets into a thriving enterprise.”

The upcoming investment comes on the heels of Hall being featured on “Halloween Wars” for The Food Network earlier in October.

“At Signature Sweets, we create hundreds of signature cakes annually for the Milwaukee community – and even for customers around the nation,” adds Hall. “We look forward to keeping our roots in Milwaukee while expanding our footprint and market share in the region. My story is a story about Milwaukee talent earning recognition throughout the entire nation. I’m humbled by Mr. Harvey’s interest. And I’m gratified, but I’m nowhere near satisfied.”

Milwaukee-based companies to offer a simple Thank you

National Guard Not Deployed To Enforce Quarantine by Alana Watson