Link to the full text of the study.

Milwaukee, Wis. – Allowing someone you don’t know to drive away with your belongings is among the many stressful aspects of a long-distance move — especially if that move is complicated or may be prompted by the coronavirus (COVID-19) pandemic. Unfortunately, some consumers find their stress compounded by fraudulent movers who charge them many times the amount quoted, subject them to unreasonably long delivery windows, hold their items hostage for additional undisclosed fees and leave them with damaged goods.

An in-depth investigative study by Better Business Bureau (BBB) finds that scams are widespread in the moving industry, particularly when it comes to interstate moves. BBB receives an average of 13,000 complaints and negative reviews about movers each year, with many complaints describing how experiences with dishonest moving companies have turned into financial and emotional nightmares.

The investigative study — Know Your Mover: BBB Study Reveals Scammers Price Gouge, Taking Belongings Hostage and Destroy Goods — highlights the risk to consumers who do not do careful research before hiring a mover.

According to the study, a fraudulent moving company initially may be helpful on the phone and may have a well-designed website boasting of its many years of experience, well-trained workers, satisfied customers and appropriate licensing. However, the red flags begin when the company claims to be unable to make an in-person inspection and estimate; while it may claim to be local, in reality, it is based out of state and paying for a local post office box address. An initial low-ball quote soon balloons as the company claims — often based on improper calculations — you have more belongings than originally estimated.

The bad actor may demand additional fees after loading and unloading the truck, and it may not deliver your goods until days or even weeks after you move in. In fact, the company you originally paid may not even be the company conducting your move — it may have hired local temporary workers who rented a truck, or it may have acted as a broker with another company.

Most people only move a few times in their lives, so hiring a mover may be an unfamiliar process that leaves them vulnerable to scams. The good news is that there are plenty of reputable movers. Unfortunately, they are competing against some movers that just don’t care about ethics. This puts the burden on consumers to do thorough research to avoid excessive expense and heartache.

The U.S. Federal Motor Carrier Safety Administration (FMCSA), a branch of the U.S. Department of Transportation, regulates interstate and international moves. Of the 4,780 complaints FMCSA received in 2019, 57% involved overcharging. It is believed that fewer than 10% of victims report fraud to BBB or enforcement agencies, according to the Federal Trade Commission (FTC), so the actual size and severity of this problem is likely much larger and more severe than statistics reflect.

A man relocating his family to Springfield, Missouri, for a job opportunity found himself ensnared in a moving scam in the fall of 2019. He obtained a quote of $5,000 from a moving company that had good online reviews, but a week later, a man claiming to be an “expert estimator” for the company called him with a revised estimate of nearly $10,000. On moving day, when most of his family’s belongings had already been loaded, the man was given a final price of more than $20,000 — and movers demanded an additional $100 in cash when they arrived with his family’s items nearly a month later. While the man’s employer had agreed to reimburse his move, he was required to repay them the additional $10,000 he had been charged over the revised estimate.

Consumers who find their goods held hostage by a fraudulent mover can contact MoveRescue for assistance. This group was created by moving companies Mayflower and United Van Lines to provide free help to victims of moving scams. The organization asks victims to provide copies of their moving contracts so they can immediately reach out to the moving company, negotiating with the mover to locate goods and have them delivered. MoveRescue also works to track moving scammers and report situations to FMCSA so the agency can take action.

Enforcement action against moving scams can be difficult. In Canada, movers are regulated only at the provincial level. In the U.S., while FMCSA does not have law enforcement power, it is able to send demand letters to bad actors, levy fines and revoke operating authority, and it partners with some state agencies to take legal action. The U.S. Department of Transportation Inspector General prioritizes moving fraud and, along with FMCSA, has supported state and federal law enforcement agencies in prosecuting moving fraud and related offenses. Many moving scams involve Israeli nationals operating from Florida, where the state attorney general has been active in bringing lawsuits against such enterprises.

The best way to avoid such a scam, BBB’s study states, is to do careful research before hiring a moving company. Specifically, the report advises looking up a mover’s license number on FMCSA’s website and its BBB Business Profile at bbb.org.

In addition to telling consumers how to recognize and avoid moving scams, the report recommends:

What to do if you are the victim of a moving scam:

ABOUT BBB: For more than 100 years, the Better Business Bureau has been helping people find businesses, brands and charities they can trust. In 2019, people turned to BBB more than 183 million times for BBB Business Profiles on more than 5.8 million businesses and Charity Reports on 11,000 charities, all available for free at bbb.org. There are local, independent BBBs across the United States, Canada and Mexico, including BBB Serving Wisconsin which was founded in 1939 and serves the state of Wisconsin. 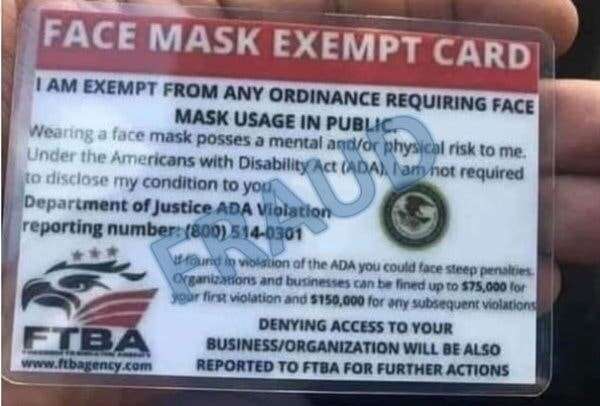