“Broadway Balances America” will provide exclusive behind-the-scenes excerpts and interviews with Motown the Musical casts, creatives  and crews, even experiencing what it’s like to dance in their shoes.

Host Olga Villaverde had the time of her life when she traveled to Orlando and danced with “Johnny Castle,” the star of Dirty Dancing.  She even learned the iconic leap that stole people’s hearts in the original movie classic. Balancing Act correspondent Amber Milt hit the boards on Broadway for a unique look at Motown The Musical, Disney’s Newsies, Annie and Pippin.

Amber Milt goes backstage for a “Supreme” transformation at Motown The Musical, which tells the behind-the-hits story of Motown founder Berry Gordy and the launch of legendary girl group The Supremes, The Jackson Five and more. Disney’s Newsies, the smash-hit, crowd-pleasing new musical, tells the true and captivating story of the 1899 newsboys’ strike and a band of underdogs who fight for what’s right while staying true to themselves.  The segment focuses on Disney’s new national campaign, the “Get Up and Go!” program, which promotes fun ways for kids to lead more active and healthier lifestyles through Newsies‘ Tony Award® winning choreography and music.  The Annie segment puts a spotlight on young kids (and their parents) going through the audition process to show what it takes to play one of Broadway’s most cherished roles in the iconic musical about everyone’s favorite orphan.  Pippin takes us into a captivating world of aerial acrobatics and temptation in this brand new Tony Award® winning production in which a young prince must decide whether he should risk it all in a blaze of glory or choose a simpler path as he searches for the meaning of life.

“We are really excited to partner with Broadway Across America so together we can take our viewers behind-the-scenes of the most popular Broadway shows now touring all across the country and meet some of the actors, directors and choreographers who bring it all to life.  Also, with ‘the Arts’ being taken out of so many school curriculums it’s great that Broadway Classroom® provides students an opportunity to connect with the art community. We’re thrilled that Broadway Across America shares our passion for helping empower adults and kids alike and to instill and cultivate an appreciation for the Arts,” said Dr. Thomas C. Deters, President and CEO, O2 Media™, producers of The Balancing Act.

“Broadway musicals are not just the New York art form; they are the great American art form.  We thank our network of local theater partners nationwide and The Balancing Act for helping us share Broadway with that wider audience across the country,” said Lauren Reid, CEO Theater Division, Broadway Across America.

The final segment takes viewers into Broadway Classroom® where students are introduced to all elements of the Broadway industry in collaboration with performers and industry professionals.  Classes range from Broadway 101, an introduction to Broadway, to Musical Theatre Song and Movement, a master class where students learn the music, choreography and staging from a current Broadway musical.

ABOUT THE MARCUS CENTER FOR THE PERFORMING ARTS
The Marcus Center for the Performing Arts is owned and partially funded by Milwaukee County.  The Marcus Center has been the premier entertainment destination for Milwaukee and Wisconsin since 1969.  It provides the setting for outstanding cultural experiences, where the arts come to life for current and future generations.  Located in the heart of the Downtown Theater District, the Marcus Center is a community facility that offers live performance of opera, ballet, children’s theater, symphony and first-class national touring productions.  For more information on Broadway shows presented as part of BMO Harris Bank Broadway at the Marcus Center and Broadway Across America-Milwaukee, visit the Marcus Center website at www.MarcusCenter.org.

About Broadway Across America
BROADWAY ACROSS AMERICA is part of the Key Brand Entertainment family of companies, which includes Broadway.com and is operated by John Gore (Owner & CEO).  BAA is the foremost presenter of first-class touring musicals and plays in North America, operating in 40 markets.  As a leading Broadway producer, BAA is dedicated to the development and production of new and diverse theatre.  Current/upcoming productions include Beautiful, Bullets Over Broadway, Million Dollar Quartet and Pippin. Past productions include Hairspray, How to Succeed in Business Without Really Trying, Memphis, Promises, Promises and The Producers.  Broadway.com is the premier theater website for news, exclusive content and ticket sales. For more information please visit BroadwayAcrossAmerica.com and Broadway.com.

About The Balancing Act® on Lifetime Television

Now in its 7th year, The Balancing Act® continues to empower women in all aspects of their lives. The mission at The Balancing Act® is simple — the show strives to help today’s modern woman balance it all by bringing them exceptional solutions to everyday problems. Entertaining, educational and trusted by women, viewers can watch America’s premier morning show The Balancing Act® weekday mornings on Lifetime television at 7 am (ET/PT).

For additional information or to view a segment visit:  www.thebalancingact.com 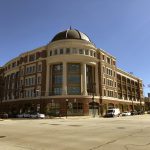