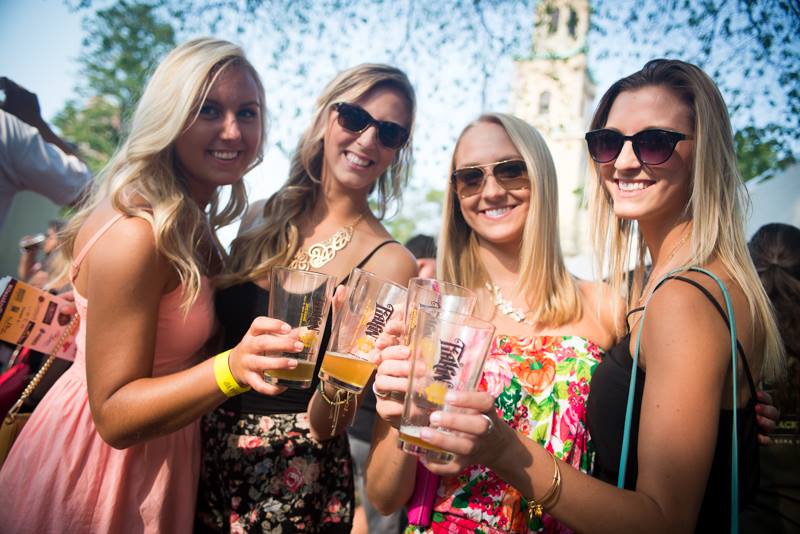 So what is a firkin, exactly? Derived from the Dutch word vierdekjin (meaning fourth), a firkin is a small wooden barrel or covered vessel containing small batch brews—typically holding about nine gallons or a quarter of a traditional keg barrel. Not filtered, clarified, pasteurized or force carbonated, each brew’s batch has a flavor unique to every firkin keg.

Aside from over 150 brews to taste, Firkin Fest offers a Brewerina tent filled with beer memorabilia, live entertainment by Paradise Jazz Band, on-site food trucks and a commemorative pint glass. Attendees are encouraged to vote for their favorite brew at www.milwaukeefirkin.com, where the winning brew will be presented the “Big Firkin Award” following the event. Plus, guests can download the My BrewFests app at the app store or Google Play store for additional event details and to vote for the Big Firkin Award.

Firkin Fest is sponsored by Discount Liquor, Gruber Law Offices “One Call…That’s All”, Milwaukee Magazine, Pretzilla, Sip Around and SportClub.

Firkin Fest is organized by East Town Association and BrewFest Partners; a firm specializing in consulting, planning, hosting and managing beer festivals for organizations all over the U.S. For more information on BrewFest Partners, visit www.brewfestpartners.com. East Town Association, Inc., is a nonprofit downtown Milwaukee business organization that returns event profits back to the community through neighborhood improvement programs and civic events such as the Cathedral Square Market, Jazz in the Park and Bastille Days. For more information, visit www.EastTown.com or call 414.271.1416.