Tickets on sale this Thursday, November 15 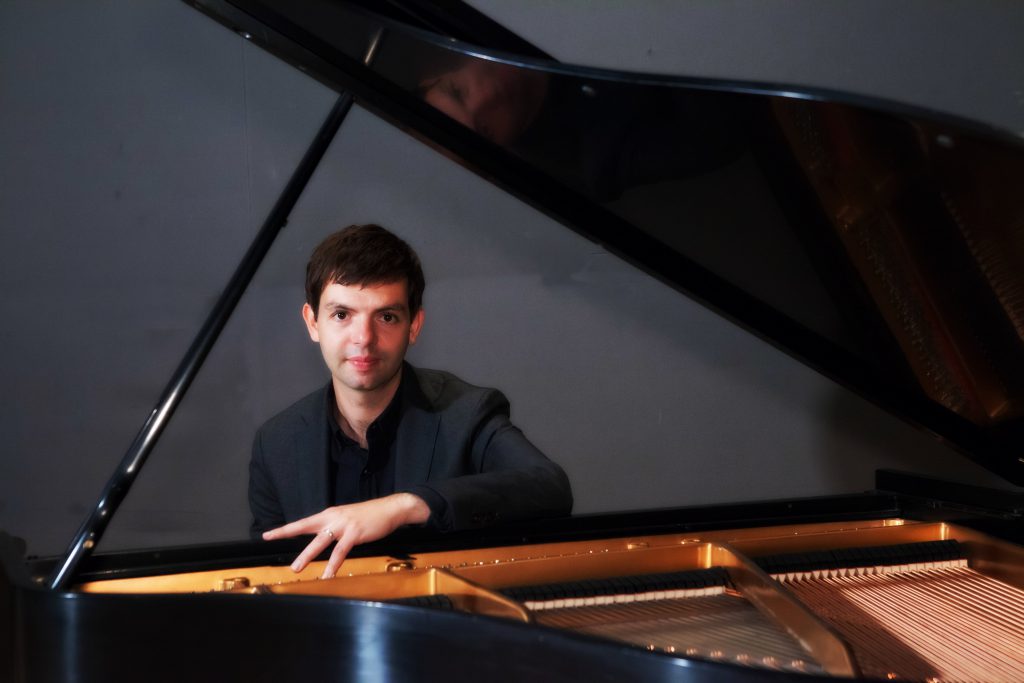 MILWAUKEE, WI (Wednesday, November 14, 2018)-The Marcus Center for the Performing Arts welcomes the Jazz at Lincoln Center Presents The Dan Nimmer Trio to Wilson Theater at Vogel Hall on Friday, February 1 at 7:30 pm. Tickets go on sale on this Thursday, November 15 at 12:00 pm. Tickets can be purchased in person at 929 North Water Street, Downtown Milwaukee, by phone at 414-273-7206, or online at MarcusCenter.org or Ticketmaster.com. Groups 10 or more should call Group Sales at 414-273-7121 x210 or x213. This presentation is part of the Marcus Center Presents series and is sponsored by The Fitz at The Ambassador Hotel and Greater Milwaukee Foundation.

Dan Nimmer was born in 1982 in Milwaukee, Wisconsin. An old soul in a young body, Mr. Nimmer plays with the spirit, the passion and the soul of someone who has been on the planet much longer. With prodigious technique and an innate sense of swing, his playing often recalls that of his own heroes, specifically Oscar Peterson, Wynton Kelly, Erroll Garner and Art Tatum. As a young man, Mr. Nimmer’s family inherited a piano and he started playing by ear; he was, if you will, “called” by the instrument.  He studied classical piano and eventually became interested in jazz. At the same time, he began playing gigs around Milwaukee.

Upon graduation from high school, Mr. Nimmer left Milwaukee to study music at Northern Illinois University. It didn’t take him long to become one of Chicago’s busiest piano players. He was working a lot on the Chicago scene so Mr. Nimmer decided to leave school and make the big move to New York City where he was immediately emerged into the New York scene.

In 2005, after being in New York for about a year and playing with many different musicians, Mr. Nimmer got hired by Wynton Marsalis to become a member of his Jazz at Lincoln Center Orchestra and the Wynton Marsalis Quintet, both in which he has been member ever since. In addition to Wynton Marsalis, Mr. Nimmer has performed and or recorded with Jimmy Cobb, Norah Jones, Willie Nelson, Paul Simon, Chick Corea, George Benson, Houston Person, Eric Clapton, Tom Jones, Jon Faddis, Benny Golson, Brian Lynch, Lewis Nash, Peter Washington, Fareed Haque and many more.

He has released five of his own albums on the Venus label (Japan). Nimmer has played at the White House, The Royal Albert Hall (London), Salle Pleyel (Paris),Disney Hall (LA), the Hollywood Bowl and many other renowned venues and festivals around the world.

Dan Nimmer is a Yamaha Artist.

ABOUT THE MARCUS CENTER FOR THE PERFORMING ARTS
Established in 1969, the Marcus Center for the Performing Arts is the premier performing arts community gathering space in Southeastern Wisconsin. As the Marcus Center moves into its 49th year, it continues to build bridges between diverse members of our community through high-quality arts entertainment in the region and the state. The touring Broadway series, sponsored by Associated Bank, is recognized as bringing the best of Broadway entertainment to Milwaukee for the past 20 years and provides opportunities to educate, entertain and engage audiences. The Marcus Center is also the home to the Milwaukee Symphony, Milwaukee Ballet, Florentine Opera, First Stage plus a variety of other important community and family events throughout the year. For more information about events visit the Marcus Center website at www.MarcusCenter.org.  The Marcus Center is a private non-profit 501(c) 3 corporation and is a dedicated veterans memorial in Milwaukee.