Ann S. Jacobs, a Milwaukee trial lawyer, has been elected as the 2015 President of Wisconsin Association for Justice (WAJ).

December 9, 2014 (Milwaukee) Ann S. Jacobs, a Milwaukee trial lawyer, has been elected as the 2015 President of Wisconsin Association for Justice (WAJ). In her acceptance speech, Jacobs said it is essential for advocacy groups like WAJ to keep working for open communication with political groups of all philosophies.

“Different issues resonate with different politicians,” said the founder of Jacobs Injury Law, “and it’s important we open lines of communication with groups in the past we didn’t always see as receptive to our message.” Named as one of Wisconsin’s top lawyers by both M Magazine and SuperLawyers, Jacobs focuses on medical malpractice, nursing home abuse or neglect, and personal injury cases.

Also elected to the Wisconsin Association for Justice 2015 leadership positions are:

Russell T. Golla, Stevens Point, President-Elect. Named as a Civil Trial Specialist since 1999 by the National Board of Trial Advocacy, Golla has focused on complex personal injury, product liability, and commercial litigation. He has been selected as a Super Lawyer every year since 2006. Golla has an AV Preeminent rating by Martindale-Hubbell since 2008. He is a partner with Anderson, O’Brien, Bertz, Skrenes & Golla LLP.

Benjamin S. Wagner, Milwaukee, Vice-President. Former Chair of the New Lawyers Section of the Wisconsin Association of Justice, Wagner has successfully tried numerous cases in southeastern Wisconsin. He has been chosen annually as a Best Lawyer since 2012 and is a board certified trial specialist. Wagner is a shareholder at Habush, Habush, & Rottier S.C.

The Wisconsin Association for Justice was founded in 1957. As the largest statewide voluntary bar association, its members support a mission of working for a fair and effective judicial system. 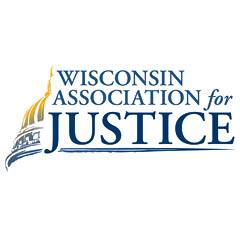