Tickets for indoor events are $15 and Day- and Weekend-Passes are also available. All outdoor activities are free to attend. Ticket information, performer bios, photos and videos can be found on the Milwaukee Fringe Fest website, www.mkefringe.com.

Founding member John Schneider describes the festival as “a collaborative, interactive, intergenerational, multidisciplinary performance exhibition meant to thank the people of Milwaukee for sustaining an environment in which the arts are genuinely valued and great work is possible.” 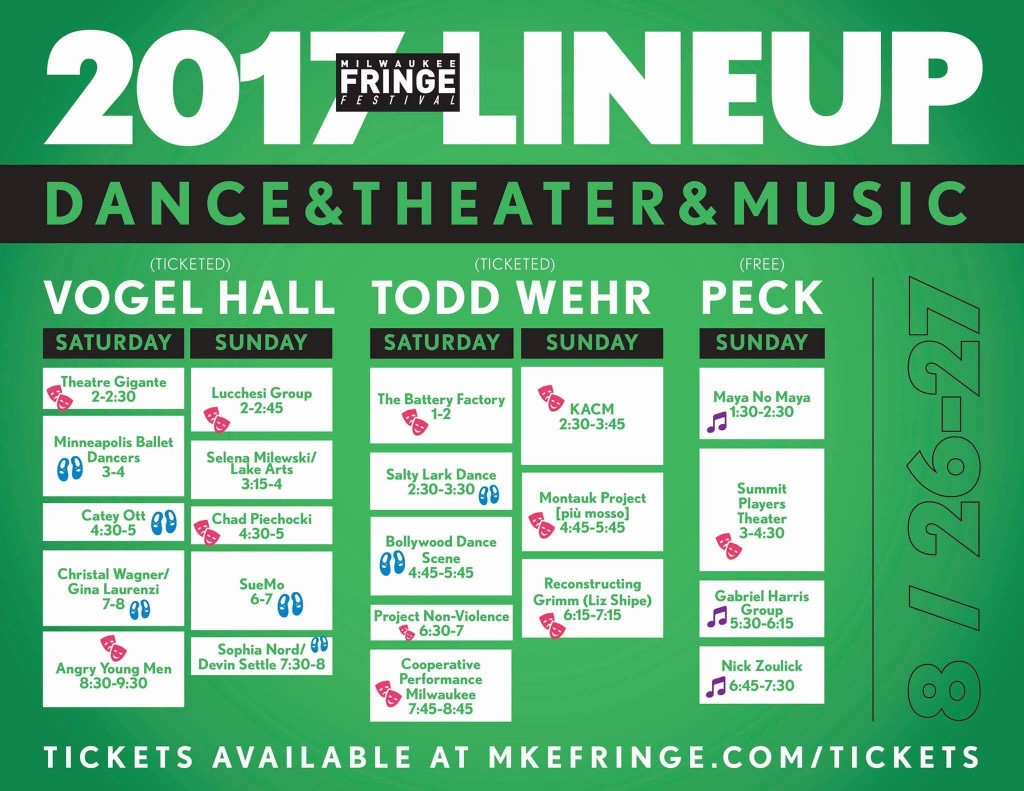