Milwaukee, WI (February 5, 2021) The Milwaukee County Sheriff’s Office has taken into custody two subjects wanted in connection with the brutal assault and homicide that took place in Washington Park on September 16, 2020. Ee Lee, the 36-year-old victim, was discovered unresponsive in the park with severe injuries. She was taken to the Milwaukee Regional Medical Center for treatment and succumbed to her injuries on September 19. The Milwaukee County Sheriff’s Office’s Criminal Investigation Division developed leads on two persons of interest in the death of Ms. Lee.

Milwaukee County Sheriff Earnell R. Lucas issued the following statement regarding this investigation, “The Sheriff’s Office worked tirelessly to bring to justice the persons responsible for this senseless tragedy. We trust this will begin the healing process and bring some closure to the family of Ms. Lee.”

Arrest Made in Johnsons Park Homicide 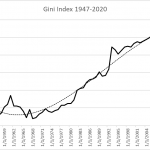