Dranzik has been serving as interim director of the airport since September 14th. 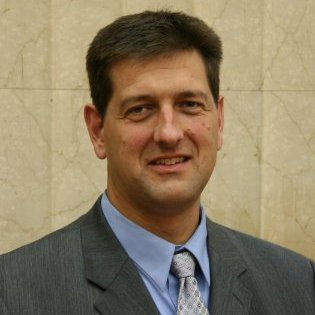 The airport operates as a function of the Milwaukee County Department of Transportation. Dranzik, who was appointed by Abele to serve as Milwaukee County’s director of transportation in 2012, has been serving as interim director of the airport since September 14th. Dranzik previously served as interim director of the airport for nine months in 2015-16, when he oversaw the completion of MKE’s $40 million baggage claim remodeling project, welcomed Alaska Airlines and other new air service, and was instrumental in continuing the Airport’s long-term planning process.

General Mitchell International Airport is one of the region’s major economic drivers and an exciting area of growth for Milwaukee County. The airport has had a fantastic run over the past year, adding twelve new nonstop routes to bring MKE to a total of 49 nonstop destinations, expanding international travel into Guadalajara, and attracting more new passengers every month. Last month, County Executive Abele announced that his 2018 budget proposal would include more than $25 million in revenue bonds and airport funds to begin design and engineering work for a new, modern international terminal – with no additional cost to taxpayers. With the anticipated economic impact of the Foxconn development, passenger travel and freight shipments are only expected to increase at Mitchell.

“Brian Dranzik has been a source of stability, leadership, and innovation in various capacities at the airport for 14 years, which makes him the obvious choice to oversee MKE’s ongoing growth and success,” County Executive Chris Abele said. “In just the past two weeks, we’ve announced plans for a new international terminal, launched new nonstop service to Miami, and announced the major expansion of OneJet at MKE, which will include two new nonstop destinations and the addition of a Milwaukee operating base that will create up to 50 new local jobs. With Brian at the helm at MKE, I expect many more exciting announcements in the future.”

In his role as director of transportation, Brian has established important relationships with leaders in the aviation industry, executives from businesses in the Milwaukee area and around the globe, and key stakeholders in the state and federal government. Brian leveraged the support of this network to help carry out County Executive Abele’s vision to accelerate plans to build a new international terminal at MKE. This project will demolish the current E Concourse in 2018, which is the oldest concourse at Mitchell, and replace it with a new terminal that can accommodate multiple gates and flights, increase passenger satisfaction and comfort, and house all necessary U.S. Customs and Border Patrol services. The new terminal design is intended to be expandable so that the airport can add to its international capacity in the future as passenger traffic increases.

As part of his airport leadership, Dranzik has also been involved with MKE’s air service development efforts, including meeting with airline executives to advocate for new air service. Dranzik has a solid understanding of many of the issues facing airports in America, including the importance of customer service, and strong collaboration with airlines, tenants, service providers, general aviation, and the air travel community at large.

“I’m incredibly proud of everything we’ve accomplished at MKE over the past couple of years and am honored that County Executive Abele has entrusted me with the important task of making sure this growth is only the beginning,” said General Mitchell International Airport Director Brian Dranzik. “I look forward to working with the county executive, the County Board, and of course, the phenomenal team at MKE. I also am excited to strengthen my associations with colleagues in the aviation industry.”

Dranzik holds bachelors and masters degrees from the University of Wisconsin-Milwaukee. He currently serves as chair of the board of Milwaukee Transport Services ,Inc., as a commissioner for Milwaukee County on the Southeast Wisconsin Regional Planning Commission (SEWRPC), and as a member of several other transportation and regional planning-related boards and commissions, to include the Public Policy Forum’s Transportation Committee and Milwaukee County’s Capital Improvement Committee.

James Martin will continue to serve as interim director of the Milwaukee County Department of Transportation while a national search is conducted for a permanent director.