Gasol, who is in his 18th season in the NBA, is a six-time All-Star, four-time All-NBA selection and two-time NBA Champion. 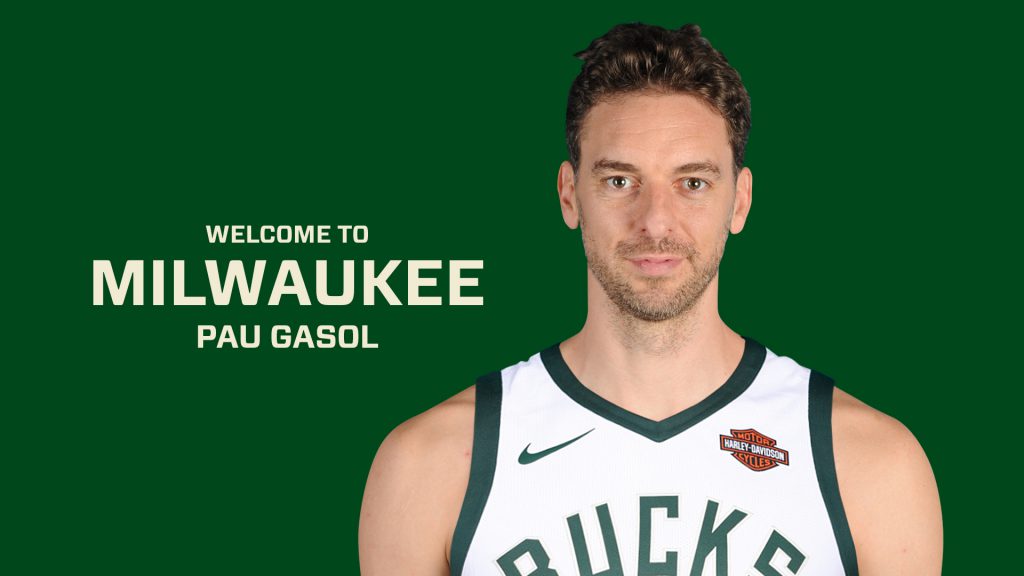 The Milwaukee Bucks have signed center Pau Gasol to a contract.

Gasol, who is in his 18th season in the NBA, is a six-time All-Star, four-time All-NBA selection and two-time NBA Champion. He’s appeared in 1,223 games (1,150 starts) throughout his career with Memphis, the Los Angeles Lakers, Chicago and San Antonio and holds career averages of 17.1 points, 9.2 rebounds, 3.2 assists and 1.6 blocks per game. The 7-footer from Spain is shooting 50.7 percent from the field and 36.9 percent from three over the course of his career, and is one of only two active players, and one of 18 players in NBA history, to have 20,000 points and 10,000 rebounds in his career.

Originally selected with the third overall pick in the 2001 NBA Draft by the Atlanta Hawks, Gasol spent the last three seasons of his career with the Spurs where he averaged 10.0 points, 7.4 rebounds and 2.6 assists per game while shooting 47.8 percent overall and 44.4 percent from three. Prior to joining the Spurs, he was a two-time All-Star with the Bulls in both 2015 and 2016, made three consecutive All-Star appearances with the Lakers from 2009-11, and played in the 2006 All-Star Game as a member of the Grizzlies, where he spent the first 476 games of his career and won Rookie of the Year in 2002.

Gasol will wear No. 17 with the Bucks. Milwaukee’s roster now stands at 17 players.