MILWAUKEE (June 5, 2014) — The Milwaukee Board of School Directors tonight named Darienne Driver, Ed.D. as Acting Superintendent of Milwaukee Public Schools, effective July 1, 2014. Dr. Driver will serve as the head of the nearly 80-thousand student school district – the largest in Wisconsin – until a successor superintendent is selected. 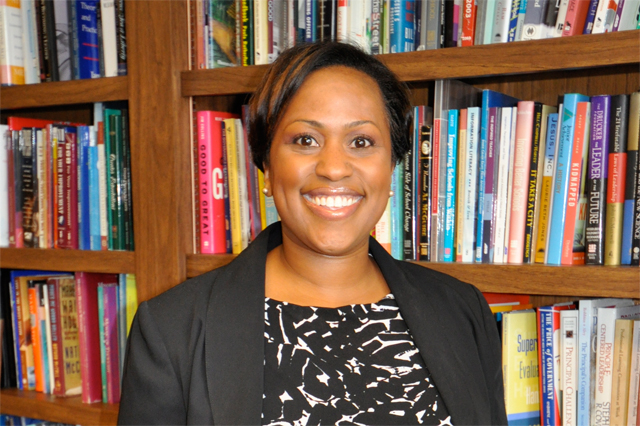 The Board sought an acting leader to replace Dr. Gregory E. Thornton, who accepted a position as Chief Executive Officer with the Baltimore City Public Schools effective July 1, 2014.

“Dr. Driver has accepted the position and will lead us forward and build on the foundation laid by Dr. Thornton,” said Milwaukee Public Schools Board of School Directors’ president Dr. Michael Bonds. “We are honored to have such an outstanding candidate to leading us during this transition period.”

Dr. Driver has served as the district’s Chief Innovation Officer since July 2012. She leads district efforts to improve outcomes in the schools in greatest need of improvement; oversees the district’s implementation of the Wisconsin Common Core State Standards in literacy and mathematics in partnership with the GE Foundation and Student Achievement Partnership through the development of ten MPS-GEF Demonstration Schools; recruits multiple educational organizations to serve as partners in efforts to improve student achievement; and oversees the district’s contracted school services which serves students through alternative programming for at-risk students and non-instrumentality charter schools and turnaround models.

“I look forward to continuing to serve Milwaukee Public Schools and the children of the city in my new role and appreciate the confidence of the Milwaukee Board of School Directors,” said Dr. Driver. “We will continue to build on the great work that’s being done in the district. Much more remains to be done and it is challenging work. Working with my colleagues, the community, our students and families, we will move forward with our efforts to improve outcomes for our students.”

Dr. Driver began her career as an elementary school teacher in the Detroit Public Schools.

Dr. Driver received a doctorate from Harvard University in Urban Superintendency. She has a master’s degree from Harvard’s Graduate School of Education and also received a master’s in curriculum development from the University of Michigan. She earned her undergraduate degree at Spelman College in Atlanta, Ga.

The Board will continue the search process for a permanent superintendent.

This news is available online at http://www5.milwaukee.k12.wi.us/dept/superintendent/2014/06/milwaukee-board-of-school-directors-approves-acting-mps-superintendent/.

About Milwaukee Public Schools
Milwaukee Public Schools, Wisconsin’s largest school district, is expanding college and career readiness efforts and continuing to implement innovative reforms that give every student the opportunity to succeed. MPS’ high-quality school options for 3-year-olds to high school seniors feature school climates in which positive behavior is reinforced; certified, highly-trained teachers; 21st-century learning technology for students; and curriculum aligned to the rigorous Common Core State Standards, which set a clear, high bar for the topics students must master at each grade level. MPS’ Class of 2013 earned $24 million in scholarships and the district is home to some of the state’s best high schools according to the Washington Post and U.S. News and World Report. More MPS news is available at http://mpsmke.com/news.