Dr. Mantsch’s primary research centers on the preclinical study of neuropsychiatric disease with a focus on understand the neurobiological underpinnings of addiction. Currently, he receives funding for his research from the National Institute on Drug Abuse and has been a principal investigator on seven National Institute of Health grants totaling more than $10 million. Dr. Mantsch also is involved in central nervous system medication development and is a co-founder of Promentis Pharmaceuticals, a startup pharmaceutical company that originated in the Department of Biomedical Sciences at Marquette University in Milwaukee. The company is developing novel compounds for the treatment of nervous system disorders, and its drug development efforts are focused on the neurotransmitter glutamate and its critical role in the pathophysiology of schizophrenia and other diseases.

“Dr. Mantsch was identified as the top candidate for this important role at MCW after a comprehensive national search,” said Joseph E. Kerschner, MD, dean of the School of Medicine and provost and executive vice president of MCW. “We look forward to his leadership and innovative approach to research and education.”

Dr. Mantsch has served as professor and chair of biomedical sciences at Marquette since 2012. He also is a faculty member in Marquette’s interdisciplinary neuroscience graduate program and as an adjunct faculty member in MCW’s Institute for Health and Equity. Dr. Mantsch graduated from Allegheny College in Meadville, Pennsylvania, in 1993 and received his PhD in pharmacology from Louisiana State University in 1998. From 1998 to 2001, Dr. Mantsch was a postdoctoral research associate in The Laboratory of the Biology of Addictive Diseases at The Rockefeller University in New York City.

May 6th, 2022 by Medical College of Wisconsin 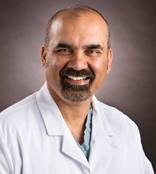