Wolfe, who has been assistant administrator since April 2017, will begin work immediately. 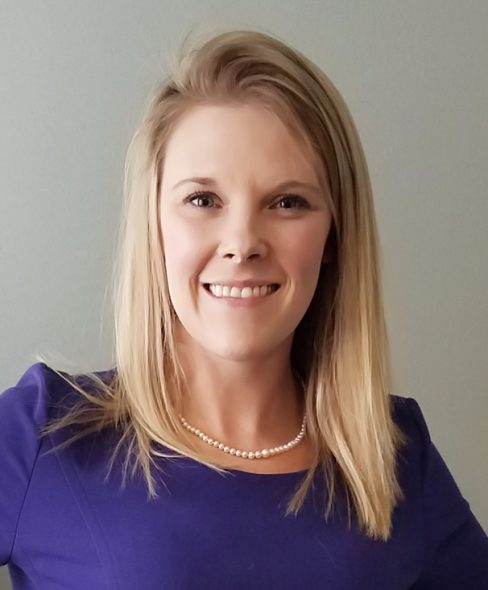 MADISON, WI – The Wisconsin Elections Commission today named Meagan Wolfe of Madison to serve as interim administrator of the agency and Wisconsin’s chief election official. Wolfe, who has been assistant administrator since April 2017, will begin work immediately.

The Commissioners were unanimous in their belief that Wolfe can best provide continuity to the agency as it prepares for the 2018 fall election cycle.  She currently supervises the agency’s IT staff and has been responsible for Wisconsin’s election security planning. Before becoming assistant administrator, Wolfe lead Wisconsin’s voter outreach efforts starting in 2011.

“I am very thankful all six commissioners voted in favor of appointing Meagan Wolfe not only as interim administrator, but to submit her name to the Senate for confirmation,” said Commissioner Chair Mark Thomsen, a Democratic appointee. “I have full confidence in Meagan Wolfe’s ability to take Wisconsin forward and continue to maintain a transparent agency commitment to fair and secure elections statewide.”

“Meagan Wolfe is someone who knows Wisconsin elections, who the clerks trust and who can tackle the issue of election security,” said Commissioner Jodi Jensen, a Republican appointee.

“I am honored that the Commission has faith in me to lead the agency,” Wolfe said. “I feel a duty to the voters, local election officials and candidates to continue Wisconsin’s proud tradition of administering fair, secure and transparent elections that everyone can have confidence in.”

“My immediate goal is to ensure the continued security of Wisconsin’s elections by working closely with our partners: municipal and county clerks, the Department of Administration, and the Department of Homeland Security,” Wolfe said.

Wolfe recently attended the National Association of State Election Directors conference in Washington, D.C., and received a classified security briefing from the Department of Homeland Security and other intelligence agencies about threats to election security. She has applied to DHS for a security clearance so she can receive classified information in the event there are threats specific to Wisconsin.

The administrator’s appointment is subject to confirmation by the State Senate. Her initial salary will be $120,000.

Wolfe replaces Michael Haas, who was not confirmed by the Wisconsin State Senate. Haas will remain with the agency for the time being as a staff counsel and to assist with the transition.

A brief biography and photograph of Ms. Wolfe are attached.