Masters of Soul Comes Back to Milwaukee!

The Celebration of the Legendary Songs and Performers of Motown! Sunday, May 5 at 3:00 pm. Tickets on Sale on Thursday, March 7 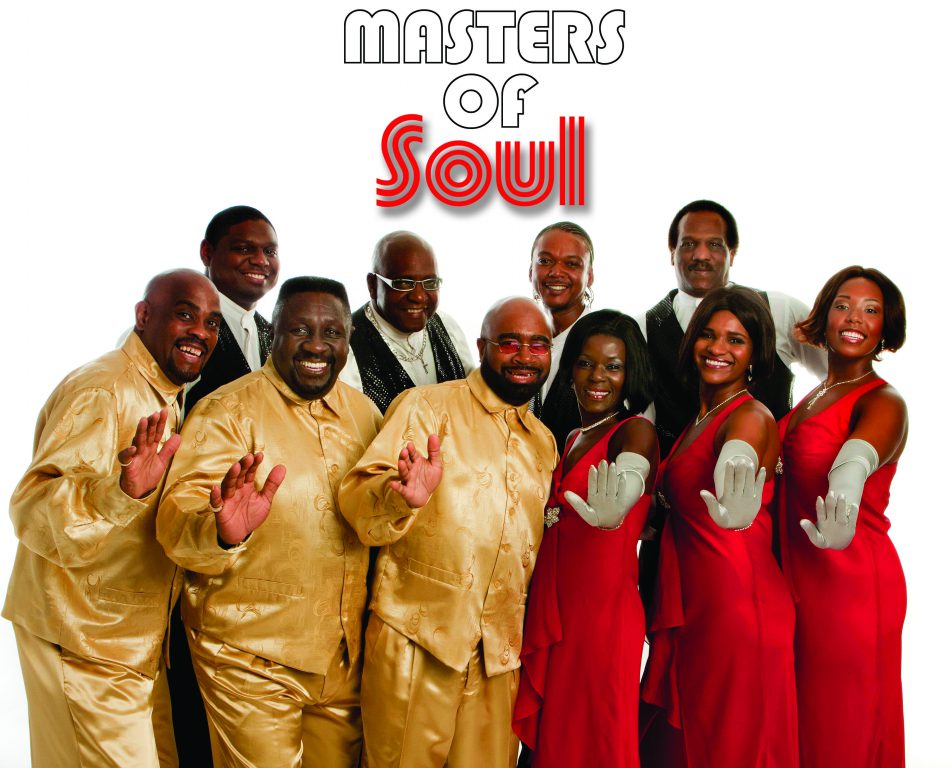 MILWAUKEE, WI – Masters of Soul is a celebration of the legendary songs and performers that defined Motown and soul music. This 90-minute show features stylishly costumed, fully choreographed performances of both male and female groups backed by a live band. For many, Masters of Soul is the ultimate stroll down memory lane.

For younger generations, the show offers an opportunity to experience an era in our country’s history that produced many of the greatest music acts ever recorded.

Based in Virginia Beach, Virginia, the 10-person cast consists of three lead male vocalists and three lead female vocalists backed by a four-piece band of seasoned musicians who’ve been touring together for decades. Masters of Soul has performed to numerous sold-out audiences and garnered rave reviews across the country at venues ranging from community theaters and universities to performing arts venues and concert halls.

The cast of performers includes:

JOHN HODGES –  John has been performing as a full time professional musician his entire adult life.  During his career he has toured extensively across the US and overseas including a recent 5 month tour of Africa.  John has acted as band leader with TFC Band, TFC Band and Show and Masters of Soul.  Each group is one of the most successful private party and show band in the country.  When not touring with Masters of Soul , The TFC Band and TFC Band and Show performs at major corporate events, personal celebrations, and festival activities from coast to coast.   John was instrumental in creating the touring show Masters of Soul.  John’s rich bass baritone vocals often get him compared to Melvin Franklin of the Temptations or the incomparable Barry White.  John, a life- long resident of Virginia Beach, Va enjoys spending his life with his family and is active in his local church. John’s hobby is fishing.

DARIO OUTLAW – One of Dario’s main high points in life is his love for music.  Dario demonstrates on stage his talent and ability to connect with the audience.  Dario’s energetic moves will keep the crowd amazed and entertained!!  He is the choreographer for Masters of Soul, TFC Band, and TFC Band and Show.  His main focal point is the perfection of the product.  Dario has been performing as a professional his entire adult life. Dario’s performance has been compared to Prince and Kiss. He is a life- long resident of the Tidewater Area, very active in his local Church.  When he is not touring he enjoys spending time with his family (and his 7 yr. old godson now 10 ).  He also produces music in the gospel genre.

RONALD SMITH – Ronald was born a twin and has resided in Norfolk his entire life.  Ronald lovingly known as “Smitty” started singing with his twin brother at an early age.  He also has been singing professionally his entire adult life with various bands, vocal groups, and recording artists. He retains the lead male vocal position.  When he is not touring and singing with Masters of Soul or The TFC Band and TFC Band and Show he loves to spend time with his wife and family.  Smitty has a vocal range that demonstrates a falsetto to second baritone range.  His favorite hobby and enjoyment is cooking and kid family time.

DENTRO FORD –  “Dent” began playing guitar at the age of 9.   He graduated high school in the year 1974 he started playing professionally as he continued his studies at Lancaster College.  During his professional career “Dent” has played The Playboys, The 25th Century Band, The Sounds Of The Drifters, Powerplay, Sonny Turners Platter Group, TFC Band, and now Lead Guitarist with Masters of Soul .  Some of the highlights of “Dents” career is opening for Christopher Cross, The Zap Band, The Gap Band, and Brian McKnight, along with TFC Band.

AL HUNDLEY –  Al started his music career at the age of 13 in middle school.  He continued his music profession throughout graduation.   He has played with various bands during his career.  Al pursued a full time music career in 1995.  He has traveled the country and abroad including a 5 month tour in Africa.  Al currently performs with Masters of Soul, The TFC Band and TFC Band and Show and states that it has brought him great successes and change in lifestyle.  His talents have brought him rave reviews throughout this country and abroad.  When not touring he enjoys spending time with his family and his hobby  is fishing.

DENEEN BROOKS  (Lady D) –   She is a native of Norfolk, VA and started singing at a young age in church for most of her adult life.    Lady D has been singing professionally with various vocal groups.  She is also a gospel recorded artist.  Lady D has performed in the governors’ mansion and has toured in Africa with the TFC Band.  When not touring with Masters of Soul, The TFC Band and TFC Band and Show she loves spending time with her family and singing with her gospel group.  She is also active in her local church. Lady D will bring you to your feet as she Tributes Gladys Knights “Neither One of Us”

JOYCE BOWERS –  Some voices inspire, some excite while others simply leave you in awe.  Singing before audiences since the tender age of 5, Joyce got her early start in the church choir and subsequently with the Family Group “The A-Z Trio”.  Soon the    reafter, she got her professional start with “Frank Carballo and the Dukes of Rhythm”.  Joyce has been a featured performer with established local groups “Happiness” and “The Gentlemen and Their Lady”.  Throughout her career, Joyce has proven herself to be a serious solid live vocalist.  Currently you may see Joyce touring with TFC Presents Master Of Soul where she tributes Martha Reeves & The Vandella’s,  Thelma Houston and Tina Turner.

OPHELIA VAUGH – Ophelia has always been surrounded by music.  Her father, Oscar Waters, now the Bass Player for Masters of Soul has always had music around her.  She started her singing career in the children’s choir at the young age of 4.  In elementary and middle school, she always participated in talent shows and became a member of the Virginia Children’s Chorus.  Mrs. Vaughn began to spread her wings in high school where she was part of the Girls Ensemble.  She auditioned and performed for The Virginia All City Choir.  Presently she is a lead and back up singer for Masters Of Soul . In her spare time she enjoys writing songs, spending time with her family and is very active as a member of her church.
Melissa  A. Jones –  Was born in Portsmouth, VA.  At a very young age she realized that singing is her passion.  She sang in her school chorus.  After her education she actively pursued her singing career in a duet group singing throughout the area.  My desire to sing continued to move me in a musical realm.  She decided to come out as a solo singer where she wrote and performed her own songs.  In the year 2013, I had the opportunity to become part of Masters Of Soul, Lead Singer and back up vocalist. performing with them throughout the United States.  I am a committed and inspired female entertainer.

This show is part of the Marcus Center Presents series which is sponsored by The Fitz at the Ambassador Hotel.
###
About Marcus Center. Established in 1969, the Marcus Center for the Performing Arts is the premier performing arts venue in Southeastern Wisconsin.  As the Marcus Center completes its 49th year, it continues to build bridges between diverse members of our community through high-quality arts entertainment in the region and the state.  The touring Broadway series is recognized as bringing the best of Broadway entertainment to Milwaukee for the past 23 years and provides opportunities to educate, entertain and engage audiences. The Marcus Center is also the home to the Milwaukee Symphony, Milwaukee Ballet, Florentine Opera, First Stage plus a variety of other important community and family events throughout the year. For more information about events visit the Marcus Center website at www.MarcusCenter.org.  The Marcus Center is a private non-profit 501(c) 3 corporation and is a dedicated Milwaukee County Veterans Memorial.