Afinoguénova aims to give scholars the interdisciplinary tools to analyze the literature, using computer analysis and visualization through her Spanish Traveler’s Project. 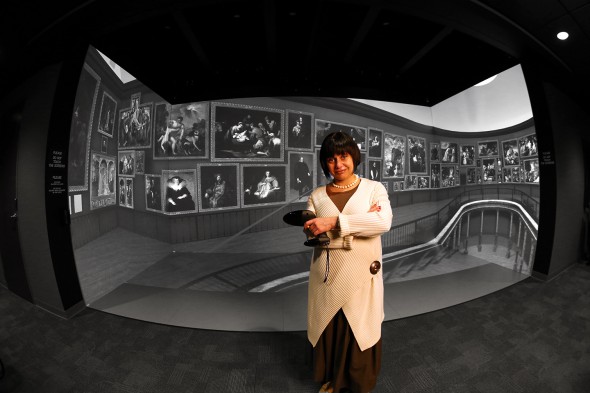 MILWAUKEE — Dr. Eugenia Afinoguénova, professor of Spanish, is the recipient of this year’s Way Klingler Fellowship Award in the humanities.

The award, which includes $20,000 annually for three years, will allow Afinoguénova to build a “time cube”: a three-dimensional visualization combining the texts and the itineraries of more than 100 travelers along 19th-century Spanish roads. The work will be done in conjunction with the University of Wisconsin-Milwaukee Digital Humanities Lab, the American Geographical Society Library and the Marquette Visualization Lab.

Afinoguénova aims to give scholars the interdisciplinary tools to analyze the literature, using computer analysis and visualization through her Spanish Traveler’s Project. The goal is to offer a web-mapping tool for connecting the spaces of 19th-century authors’ imaginations to real world locations.

“It’s very important work and without it nothing can happen,” Afinoguénova said. “Spain doesn’t have digitized 19th-century maps where we can draw lines. We will be able to have data appear as a line along a historical road.”