The award grants up to $32,000 to fund a one-semester sabbatical. 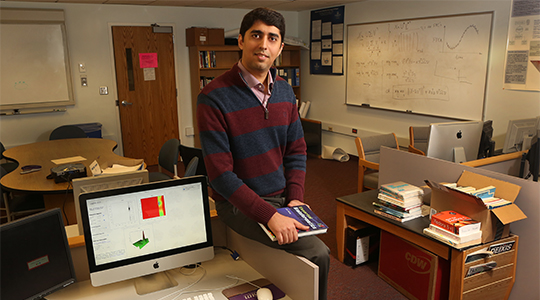 The award grants up to $32,000 to fund a one-semester sabbatical. Maadooliat plans to use his sabbatical to embark on a new area of study and will travel to Marshfield, Wis., to work on data from the Marshfield Clinic Research Foundation’s Personalized Medicine Research Project.

“I’m new to this area of research, so I’m excited for the challenge,” Maadooliat said. “The ability to study genetic information from more than 20,000 participants in such a specific population could tell us a number of things.”

Following his research on gene mapping, Maadooliat plans to use the results from his research sabbatical to apply for an R01 grant from the National Institutes of Health, in which he will propose introducing the dependence model to a variety of biological datasets.