This is the second scholarship Don and Fran Herdrich have endowed at Marquette. 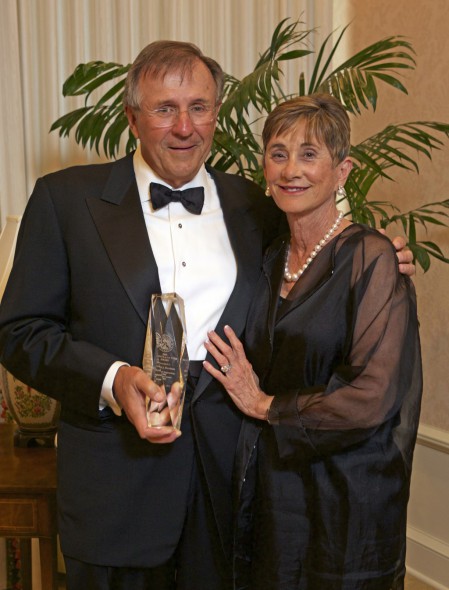 MILWAUKEE — A Marquette alumni couple have given the university a $3.5 million gift for scholarship aid. The Donald J. and Frances I. Herdrich Endowed Scholarship for Engineering will fund full scholarships for first-generation students in the Opus College of Engineering.

“Fran and I believe strongly in providing scholarship opportunities for worthy students, particularly those students who are the first in their family to attend college,” Don Herdrich said. “Marquette, in particular, does an outstanding job of nurturing first-generation college students to ensure their success, which is why we are so excited to fund this scholarship at our alma mater.”

Don and Fran Herdrich both were first-generation students, and Don is a 1966 graduate of the Opus College of Engineering. This is the second scholarship the couple have endowed at Marquette. For nearly 30 years, they have supported the Donald J. and Francis I. Herdrich Scholarship.

“I’ve had the privilege to get to know Don and Fran since becoming president at Marquette and I’m so thankful for their leadership support of our students through endowed scholarship,” Marquette President Michael Lovell said. “They were diligent in crafting this scholarship to maximize its future impact on talented, underserved students in the Milwaukee community and beyond.

“They have truly set a high standard for future donors to emulate in supporting scholarship at Marquette,” he said.

“This gift provides support for students who may not have the same academic preparation advantages or family support that other students may have so they can pursue a college education,” said Dr. Kristina Ropella, Opus Dean of Engineering. “We want to take away enough of the financial burden so they can focus on academics and share in being a part of the Marquette community.”

The college will recruit nationally, looking for students with high-achieving academics when awarding the scholarships, Ropella said.

“We can look for the best of the best, and look for more diversity in our students,” she said. “It’s exciting for us to be able to go out and find students who are very deserving of these scholarships and a Marquette education.”

“Scholarship aid is one of the top priorities of the college, and I want to thank Don and Fran for their generosity in providing this great gift that allows us to attract and educate tomorrow’s technical leaders,” Ropella said. “It was a pleasure working with this alumni couple, and I appreciate their passion for Marquette and student success in engineering.”

A former university trustee who was named Marquette’s Alumnus of the Year in 2016, Don Herdrich received a master’s degree from Marquette’s Graduate School in 1968. He eventually received his MBA in night school after serving in Vietnam as a U.S. Army helicopter pilot.

Don then went on to investment management positions at Kohlberg, Kravis, Roberts during the firm’s successful run in the corporate buyout sector in the 1980s. In 1986, he became a founding partner of Stonebridge Partners, a private equity firm that focuses on middle-market manufacturing businesses.

According to the Herdrichs, giving back is important to them. Don, who is retired, has been on the board of the Partnership for Inner-City Education, which supports parochial schools in New York City. He also has been deeply involved in the Katonah Museum of Art outside New York City, serving on its board, helping raise its endowment and overseeing the construction of its current building. The couple also are long-time supporters of research and development at the Mayo Clinic.