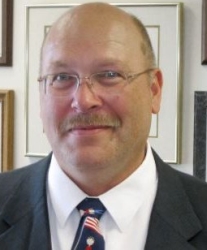 MADISON, Wis. — John Humphries, who signed a petition to recall Gov. Scott Walker and contributed to his opponent before seeking the support of Walker’s campaign chair, is not the only candidate for State Superintendent of Public Instruction achieving excellence in the field of political flip flops. Fellow candidate Lowell Holtz is well positioned to match Humphries flip for flop, according to One Wisconsin Now Research Director Jenni Dye. Holtz in a newspaper story spoke glowingly of “Common Core” academic standards, but in announcing his candidacy declared the standards of which he glowingly spoke were a threat that must be opposed.

“With his dizzying about face on Common Core, Lowell Holtz has shown he’s ready to go flip for flop with John Humphries,” said Dye. “He may claim to be a conservative but he’s a flat out radical with his willingness to oppose his own positions on education issues.”

In a story by the Milwaukee Journal Sentinel, Holtz declared his enthusiasm for implementing Common Core standards in the school district for which he worked declaring, “The change is absolutely in the best interests of the kids of Wisconsin.” But in announcing his candidacy for 2016 and pandering for support from the right wing, Holtz declared that the Common Core standards he so enthusiastically sought to implement, “must be fought.”

For his part fellow political flip-flopper John Humphries in 2011 signed a petition to recall Scott Walker and in 2012 he also used the Democratic super conduit ActBlue Wisconsin to funnel a financial contribution to Walker’s recall election opponent. Not to be outdone, Holtz donated to both Barrett and Walker in 2010, according to a recent report by the Wisconsin State Journal.

Yet in 2016, in pursuit of their political ambitions, both candidates have struck a much different pose. Humphries and Holtz have been outspoken in their support for Michigan billionaire Betsy DeVos, Donald Trump’s nominee for Secretary of Education. And Humphries has sought support from Michael Grebe who chaired Scott Walker’s gubernatorial and presidential campaigns and, as former head of the right wing Bradley Foundation, oversaw a $108 million plus campaign funding organizations that supported efforts to expand public funding for private, religious and charter schools.