Kleefisch goes “On the Issues” at Marquette Law

A self-described "Wisconsin-proud conservative woman," Kleefisch was elected to office in 2010. 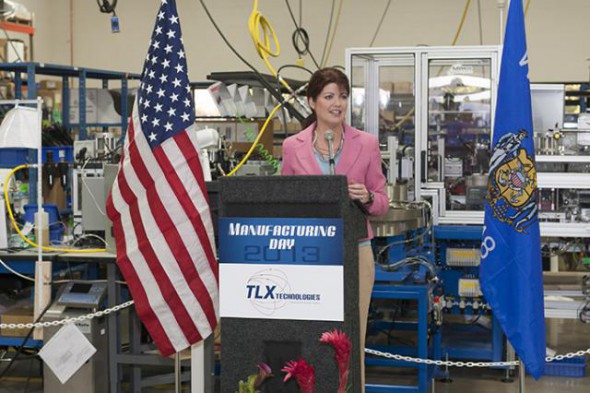 Rebecca Kleefisch. Photo from the State of Wisconsin.

MILWAUKEE – Wisconsin Lieutenant Governor Rebecca Kleefisch will be the featured guest in an upcoming “On the Issues with Mike Gousha,” Wednesday, Oct. 21, from 12:15 to 1:15 p.m. in Eckstein Hall, 1215 W. Michigan St.

A self-described “Wisconsin-proud conservative woman,” Kleefisch was elected to office in 2010. She is a former small-business owner and television news reporter. She serves as Wisconsin’s “Jobs Ambassador,” and acts as an economic development liaison and advocate for small business owners. In May of 2014, the Washington Post named Kleefisch one of 40 rising political stars under the age of 40. During her visit to the Law School, Kleefisch will talk about her role as lieutenant governor, the importance of women voters in the coming election year and why she traded television for politics.

Seating is available, although registration is required and is available online. For those who can’t attend in person, a “watch now” button on the registration page will provide access to a live video stream.