WASHINGTON — U.S. Sen. Ron Johnson (R-Wis.) joined “Fox and Friends” Thursday to discuss the Biden administration’s handling of the ongoing border crisis ahead of a Senate delegation to the southwest border.

“This [border crisis] didn’t have to happen. This was not only predictable, it was predicted. During my chairmanship as Chairman of Homeland Security Committee, we held 30 hearings. We’ve heard all this before. We’ve seen how these surges are used by the sex traffickers and the human traffickers and the drug traffickers. We know the inhumanity that this is going to be sparking, and apparently the administration is just deaf, dumb and blind to it.”

“President Trump was able to largely fix the problem with the families and unaccompanied children exploiting our asylum laws, and we pretty well brought that to an end — by the way, with virtually no help from Democrats. I did get some help from Democrat Senator Kyrsten Sinema. She worked with me on Operation Safe Return, which we presented to DHS and [which] kind of morphed into the Return to Mexico policy.

“What we’re seeing is just the tip of the iceberg, and remember, in 2014 when President Obama labeled that crisis a humanitarian crisis, his Secretary of DHS Jeh Johnson said 1,000 people being apprehended a day was a really bad day. I’ve just heard reports that we’ve had a day where 6,000 people were apprehended, and, remember, this happens day after day after day. It’s overwhelming our personnel, it’s overwhelming our facilities, and what this administration is going to do is they’re going to go into full release. It’s back to catch and release. It’s apprehend, process, and disperse throughout America, the tune of 4-, 5-,  6,000 people per day. That’s a caravan a day.” 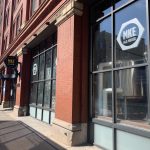 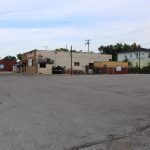