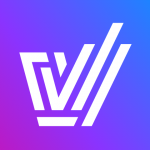 WASHINGTON, DC – The Voter Participation Center (VPC) and its sister organization the Center for Voter Information (CVI) are mailing 401,124 voter registration applications to people in Wisconsin this month as part of their largest-ever campaign to register voters ahead of the historic 2020 election.

More than 1.1 million people who can vote in Wisconsin are not yet registered, according to the U.S. Census, and 63% of them are members of the Rising American Electorate: young people, people of color and unmarried women. People in this group often move between elections and register and vote at lower rates than the rest of the population.

“Voter turnout is going to be off the charts this year because people know the future of our democracy is at stake,” said Page Gardner, the groups’ president and founder. “The high interest in this election means we have a major opportunity to close the gap on voter registration and make sure the electorate is as representative as the country as a whole. That’s why it’s critical to register and make sure your registration is up to date.”

VPC and CVI mail registration applications to unregistered individuals, along with pre-addressed envelopes to make it easy to send completed forms directly to local election officials. People who want to register online, have questions about the mailing, or who want to be excluded from future mailings can visit voterparticipation.org.

Since 2004, the organizations have helped register more than 4.2 million voters nationally, including more than 121,400 people who applied to register in Wisconsin. This year, their goal is to generate more than one million voter registration applications in the mail and through digital advertising. This month’s mailing will be sent to 9.1 million people in 15 states.

The VPC and CVI are in touch with election officials ahead of all mailings. The organizations make sample mailings and in-depth information about their programs available online.

Who’s in the Rising American Electorate in Wisconsin?