As Governor, Andy Gronik will continue to do what he's always done: bring people together, listen, solve problems and get things done. 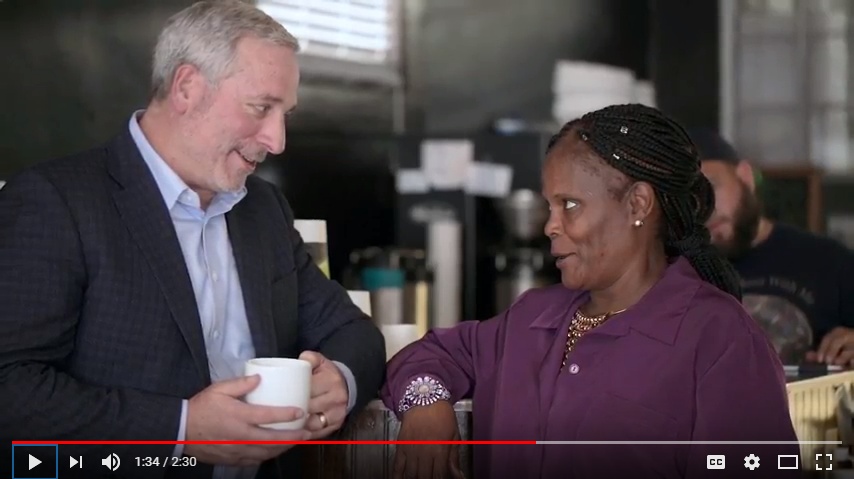 MILWAUKEE – Those closest to gubernatorial candidate Andy Gronik know he’ll put people ahead of special interests, that’s why they stand behind his campaign one hundred percent in Gronik for Wisconsin campaign’s new web video “20 Miles” released this afternoon.

“He’s the real deal,” said Shar Borg a Milwaukee Realtor and community leader. “He loves the state. He loves people. He sees that we are in a crisis and he wants to make a difference.”

Some of Andy’s biggest supporters have seen him in action his entire life and watched him build businesses, solve problems, and fight tooth and nail for what he believes in. At a time when hard-working families in our state continue to be left behind, they need someone fighting for higher wages, affordable health care, and to make public schools the best choice for our kids.

“Andy’s got the ability to distill those problems into manageable objectives to get people from both the Democratic Party and the Republican Party working together – to get staff behind it – to really focus on pulling the levers that move the state of Wisconsin forward,” said Mark Kohlenberg a Wisconsin entrepreneur who has worked with Gronik in the past to launch a new brand of children’s shoes in the United States.

Gronik’s vision for Wisconsin focuses on creating good-paying jobs in science, technology, manufacturing, and agriculture by executing statewide community and economic development plans that make Wisconsin the global leader in all industries surrounding food production, processing and packaging; fresh water, clean air, and renewable energy – the things were already good at in our state.

As Governor, Andy Gronik will continue to do what he’s always done: bring people together, listen, solve problems and get things done. He knows what it takes to create jobs that sustain a family, advance a public education system that connects with businesses statewide in innovative ways to prepare our kids for the jobs of tomorrow, and ensure everyone in Wisconsin has affordable access to health care.

“I’m old,” said longtime acquaintance Freda Adashek. “But I would walk 20 miles to see [Andy] become Governor. He is what I would like to see, as a person, helping the people of this state.”

"I’m going to restore the voice of the people to Wisconsin government..."