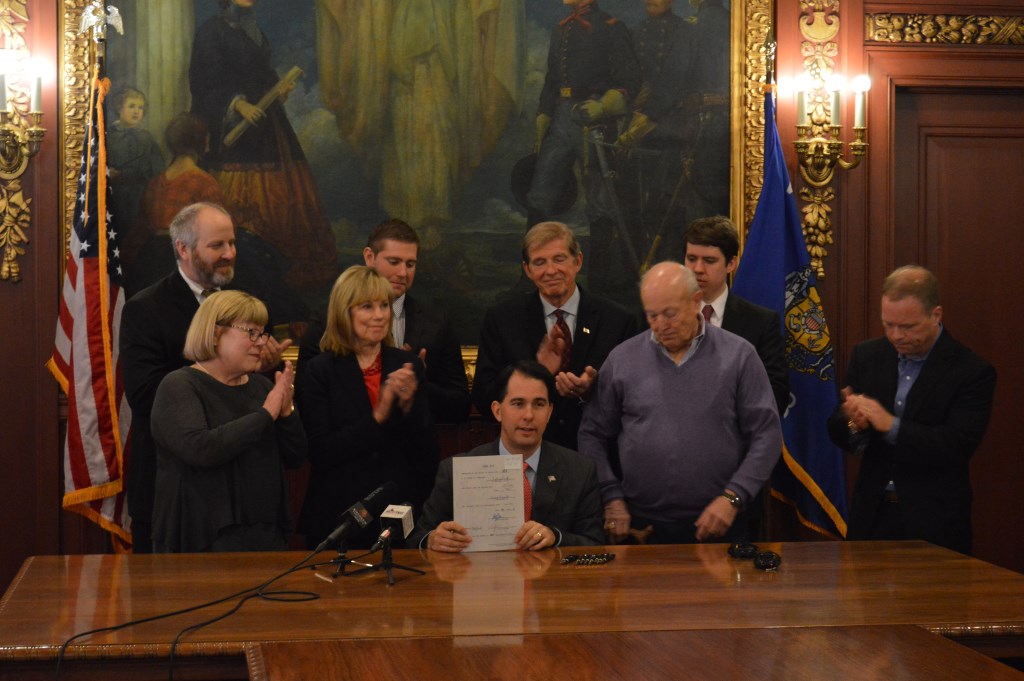 Governor Walker Signs Bill to Crack Down on Repeat Drunk Drivers. Photo from the State of Wisconsin.

“This law is being signed to honor the lives of Jennifer, Courtney, and Sophia,” Governor Walker said. “Eight years ago today, the lives of their families changed forever when a repeat drunk driver decided to get behind the wheel.”

More than 200 people are killed each year on Wisconsin’s roads and, prior to 1990’s, operating while intoxicated (OWI) convictions were based on the number of times the offender had been convicted in the five year period preceding arrest. The new law eliminates the 4th offense look back period and increases penalties for repeat drunk driving offenders.

“Penalties in Wisconsin for repeat drunk drivers are less severe than neighboring states,” added Governor Walker. “It is time to match the severity of our penalties to this crime, regardless of when it occurs.”