As a founding member of the law firm Rogahn Kelly, Daniel Kelly is recognized as a leader in Wisconsin’s legal community. 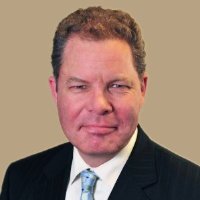 “Daniel Kelly is an exceptionally accomplished trial and appellate attorney who has appeared before the U.S. Supreme Court, U.S. Court of Appeals for the Seventh Circuit, and Wisconsin Supreme Court,” Governor Walker said. “His extensive real world experience, combined with his intellect and integrity, make him well-suited to be an influential member of the Court.”

As a founding member of the law firm Rogahn Kelly, Daniel Kelly is recognized as a leader in Wisconsin’s legal community. Prior to beginning his own private practice, he was a partner at Reinhart Boerner Van Deuren in Milwaukee, one of Wisconsin’s largest and most respected firms. Kelly also served as a law clerk and staff attorney for the United States Court of Federal Claims, Office of Special Masters, and as a law clerk for the Wisconsin Court of Appeals.

“I am deeply honored that the governor would appoint me to succeed Justice Prosser,” Daniel Kelly said. “I look forward to working with my new colleagues in serving the people of this great state by faithfully applying the laws of our land.”

Daniel Kelly’s community involvement includes serving as the president of the Milwaukee Lawyer’s Chapter of the Federalist Society and as a member of the State Advisory Board to the United States Commission on Civil Rights. Kelly earned a Bachelor of Science degree from Carroll University in Waukesha, Wisconsin, and a Juris Doctor from Regent University in Virginia. Kelly is married and has five children. Kelly and his family reside in North Prairie, Wisconsin.

“I had the pleasure of working directly with Dan Kelly as my associate and partner for many years, and I watched him become a fine lawyer,” said Attorney Francis Deisinger, president of the State Bar of Wisconsin. “He has an exceptional intellect and a scholar’s love of the law, and he is a man of great personal warmth. I am confident that all those traits will serve him and our Court well.”