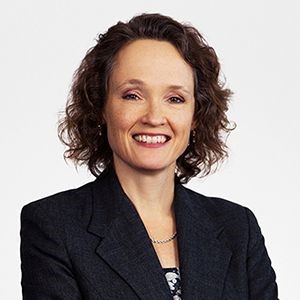 Karen Timberlake. Photo courtesy of the State of Wisconsin.

MADISON — Gov. Tony Evers today released a statement regarding Department of Health Services (DHS) Secretary-designee Andrea Palm’s nomination to be Deputy Secretary of the U.S. Department of Health and Human Services in the Biden Administration. She will depart DHS to undertake this opportunity on January 20, 2021.

“Andrea Palm is a public servant through and through—she’s been a critical part of our administration and a consummate professional who has done an extraordinary job helping lead our state during an unprecedented public health crisis,” said Gov. Evers. “I know she will continue to serve our country just as she has our state—with empathy, kindness, and tenacity. I wish her our very best as she leaves us to take this new opportunity.”

“Karen Timberlake brings a wealth of experience and knowledge in public health, healthcare, and healthcare systems that will be critical as we continue distributing vaccines quickly in our fight against this virus,” Gov. Evers continued. “Our response to this pandemic and our vaccine distribution program will continue under the leadership of Karen and given her expertise and familiarity with the Department, I have no doubts she will be able to hit the ground running.”

“This pandemic has meant unprecedented challenges for our state, but I’m looking forward to returning to the Department of Health Services and serving with Gov. Evers and his administration,” said Timberlake. “Our top priorities at the DHS will continue to be advocating to receive Wisconsin’s fair share of vaccines from the federal government, distributing vaccines out across the state, and getting shots in arms as quickly as possible while we work together to prevent the spread of COVID-19.”

Timberlake was most recently a partner at Michael Best Strategies, LLC, in Wisconsin, advising in areas of public health, healthcare delivery, and healthy community investments as well as business development strategies. Prior to joining Michael Best, Timberlake was the University of Wisconsin Population Health Institute Director and an associate professor at the University of Wisconsin School of Medicine and Public Health. Timberlake also served during former Gov. Doyle’s administration as the director of the Office of State Employment Relations before being appointed as deputy health secretary at DHS in mid-2007 and eventually serving as DHS secretary in 2008 where she served for the remainder of former Gov. Doyle’s tenure.

A headshot of Timberlake can be found here.