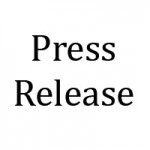 “I look forward to fostering a much more collaborative environment to address negative things happening in the district. I want to work with everyday citizens, community organizations, the police force and elected officials to create solutions for our city, ” Fred Royal Jr.

No stranger to community organizing Royal has fiercely and courageously advocated for everyday citizens of Milwaukee through civic and community-based organizations such as the National Association for the Advancement of Colored People (NAACP), the Community Collaboration Committee, the Center for Self-Sufficiency and the American Legion. He feels it is time to become an elected official to provide solutions not only the 7th district, but also for the people of greater metropolitan Milwaukee.

Royal seeks to create economic opportunities in the 7th district by:

“We need to strengthen and maintain the middle class the city once had,” Royal said.  “We need to ensure that citizens can both live in Milwaukee and work in Milwaukee and so the revenue the created through businesses and jobs is funneled back into city making it an attractive and safe place to live.”

Royal, has lived in the 7th Aldermanic district since 1990 with his wife Darlene Renee. He has two sons and six grandchildren. A long-time resident of Milwaukee, after serving in the United States Air Force, Royal earned an Associate of Applied Science degree in Paralegal Studies from Milwaukee Area Technical College (MATC), and a Bachelor’s Degree in Political Science from Cardinal Stritch University. Royal retired from Delphi Electronics & Safety after 26 years of service. He has served on a range of civic boards including the Board of Directors for the MATC, Social Development Commission (SDC), American Civil Liberties Union, MATC Foundation Board of Directors, and the Board of Directors for the Rotary Club of Milwaukee. Royal is currently the President of the NAACP – Milwaukee Branch.