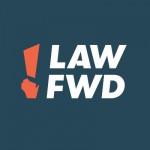 “We are a nation of laws. That principle was attacked, here in Wisconsin, last December. Following the November 2020 election, ten individuals, impersonating the duly elected and authorized Presidential Electors of the state, flouted the will of the people and attempted to hijack Wisconsin’s participation in selecting the next President of the United States.

These fraudulent electors, with no legal authority whatsoever, purported to cast Wisconsin’s ten electoral votes. They lied about the outcome of our statewide election, signing “Certificates of Votes” for candidates who lost Wisconsin’s statewide vote.

They then mailed those fraudulent documents to Congress (and to other federal and state officials), apparently intending that Wisconsin’s electoral votes be counted on January 6th for the candidates they preferred but who Wisconsin voters rejected. This is an attack on the rule of law and our democracy. We must hold these fraudulent electors accountable.

Today, we call for an investigation of the fraudulent electors’ activities to determine if they constitute criminal and civil violations, including: