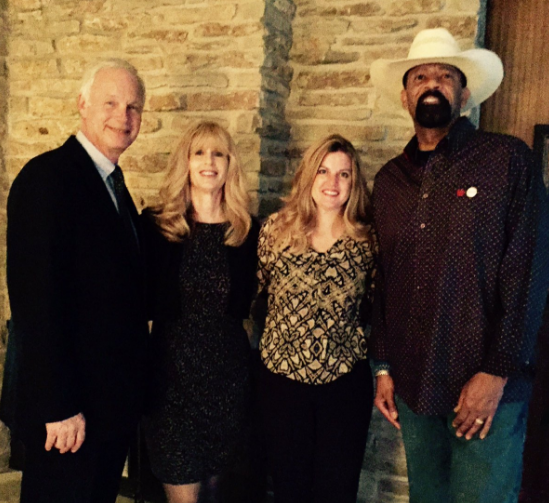 Senator Johnson and Sheriff Clarke campaigning together on October 13, 2016. Photo courtesy of the Democratic Party of Wisconsin.

MADISON — Today at Donald Trump’s rally, Sheriff David Clarke repeated his call that the election is rigged and described it as “pitchfork time” for angry mobs. Clarke’s call comes as Trump continues to allege that the election is rigged, despite overwhelming evidence that voter fraud is almost non-existent, and despite calls from politicians on both sides of the aisle to tamp down his rhetoric. Senator Johnson is one of Trump’s most prominent supporters, and he said at Friday’s debate that he agrees with Trump on all the “big issues.” Johnson has also been strong supporter of Sheriff Clarke. So far, like a true Washington politician Johnson has tried to hide from the issue.  But Wisconsinites want to know…

Is this another one of the “big issues” in which Johnson agrees with Trump? Does Senator Johnson think that it’s “pitchfork” time?

Press Release: Gov. Evers Announces Three Appointments to the UW Board of Regents