Democrats Announce Inspiring Lineup of Americans Who Will Speak at the 2020 Democratic National Convention: “Uniting America”

Convention to feature individuals from all walks of life, political affiliations and every corner of the country who support Joe Biden’s vision to lead us out of Trump’s chaos and crises

MILWAUKEE, WI—The Democratic National Convention Committee (DNCC) today announced that an unprecedented lineup of Americans from across the country will share their stories at the 2020 Democratic National Convention, and discuss why we must unite around the critical task of electing Joe Biden as president in November. These individuals come from different backgrounds, different communities, and different political affiliations, but they all believe Joe Biden is the steady and experienced leader America needs right now to lift us out of the constant chaos and crises of Trump. 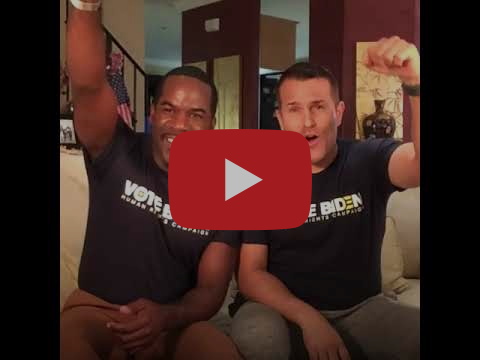 From small business owners to teachers, factory workers, frontline healthcare workers, parents worrying about their children’s health and safety as the school year begins, farmers struggling in Trump’s failed trade war, to people with preexisting conditions worried about Trump repealing the Affordable Care Act, and lifelong Republicans putting country over party, we will hear over the course of four nights why Joe Biden’s vision to build a better future will benefit all Americans.

“Over the last several months in planning this convention, we had two goals in mind: to include more Americans than ever before, and to ensure that all Americans see themselves reflected in what they were viewing,” said Stephanie Cutter, 2020 Democratic National Convention Program Executive. “These are the stories of the millions of working Americans that are struggling in the Trump recession, and as a result of Trump’s complete mismanagement of the COVID crisis. Like the overwhelming majority of the American people, they are looking for a steady, experienced leader who is fighting for them, not for himself or for those at the top.”

Below is a sample of the many Americans who will participate in the 2020 Democratic National Convention:

Over the past two months, the Democratic National Convention Committee collected nearly 1,000 crowd-sourced videos from Americans and delegates as part of an online engagement campaign. Many of these videos will be featured throughout the four nights of the convention. In addition, over the course of 30 minutes, the reimagined roll call process will take convention viewers to all 57 states and territories. Viewers will hear from voters of all kinds—delegates, parents, teachers, small business owners, essential workers, activists and elected leaders in the Democratic Party as they officially cast votes to nominate Joe Biden to become the next president of the United States of America. This is yet another example of how Democrats are finding new, innovative ways to engage more Americans than ever before, and amplify the stories and diverse voices that make up the party.