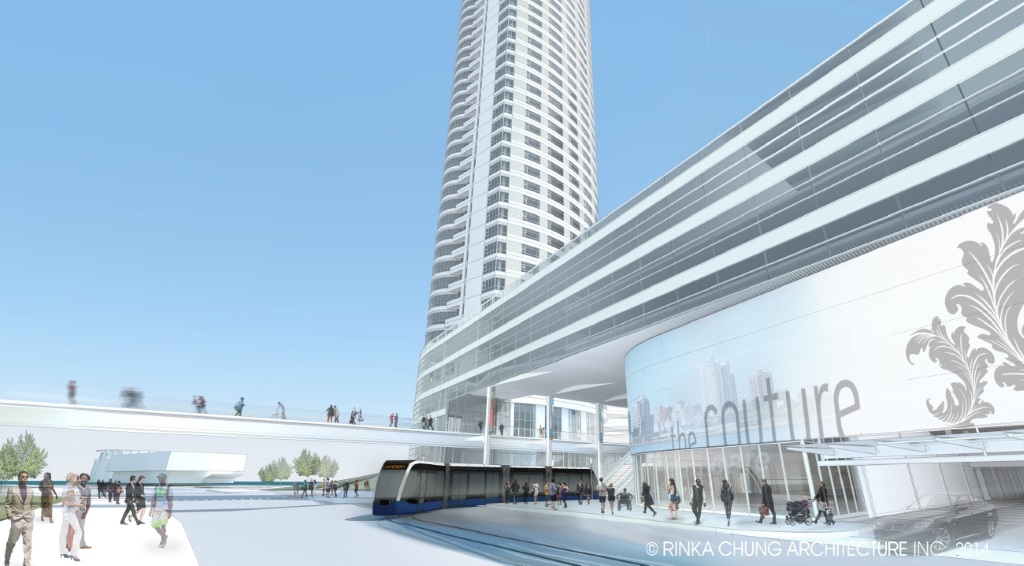 MILWAUKEE – Milwaukee County Executive Chris Abele today announced that the County closed on the sale of the Downtown Transit Center to developer Rick Barrett, the final hurdle in moving forward on the Couture project, a transformative economic development on Milwaukee’s lakefront that will create thousands of new, good-paying jobs.

The Couture, which will redefine Milwaukee’s skyline, is another example of County Executive Abele’s successful record on job creation and represents a major piece of the downtown Milwaukee renaissance that has taken place since Abele took office in 2011.

Over the next two years, the Couture will be developed into a 44-story, $122 million mixed use development project that is expected to create more than 2,000 jobs, with an emphasis on hiring County residents and disadvantaged business entities. The currently tax exempt property will generate $68 million in new value and add 300 new residential units.

“Finally, after years of hard work, the County’s next great economic development project, the Couture, is moving forward,” County Executive Chris Abele said. “Getting big, complicated things done takes time, leadership, and perseverance, but when we overcome these challenges the payoff is huge. Instead of an underutilized transit center on our lakefront, Milwaukee will now have at the Couture a national model for transit-oriented development, connecting people with jobs and opportunities all over the county. I thank developer Rick Barrett for his unwavering commitment to this project and to Milwaukee. I can’t wait to see shovels in the ground as our trades unions build the Couture.”

The Couture has been designed, from the ground up, to be a key part of the Lakefront Gateway project, including a multimodal transportation hub incorporating pedestrian walkways and bridges, traditional county buses, the County’s proposed Bus Rapid Transit line, bikes and the streetcar. It will include more public space on the site than currently exists with the Transit Center – including 97% of the building footprint.

Workforce development is also a key priority for the developer, as well as the County and the City. Rick Barrett has committed an additional $100,000 toward an apprenticeship training program being run by Employ Milwaukee. Together with a grant from Employee Milwaukee, and other County resources, there will be $500,000 in training resources to help County residents gain family-supporting careers in construction.

The Couture will also meet or exceed both City and County hiring targets, including utilizing County residents for 40% of the work on the project and utilizing Disadvantaged Business Enterprises for at least 25% of the project.

“Today’s announcement is all about new jobs and new economic development for our County and City. We are thrilled that we can now move forward on this transformational project that will bring 2,000 new jobs, build the pipeline of new talent and add millions in new tax base to support key City and County services,” developer Rick Barrett said.  “It also helps achieve what the Downtown Transit Center was meant to become – a vibrant, multi-modal transportation hub at Milwaukee’s lakefront – all while improving access to the lakefront and adding a signature building to Milwaukee’s skyline.” 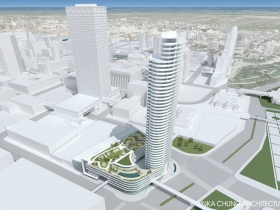 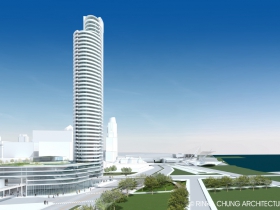 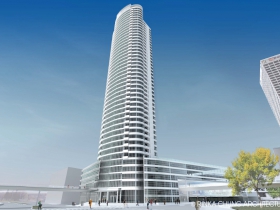 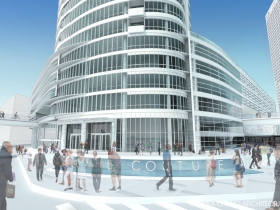 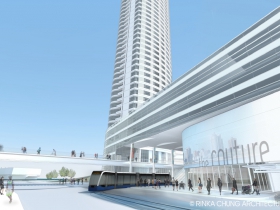 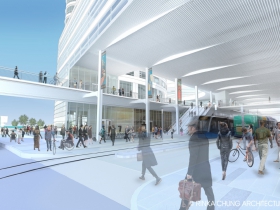