“The first thing on our agenda when we return from this October recess is to pass the prescription drug bill that I’ve described.” 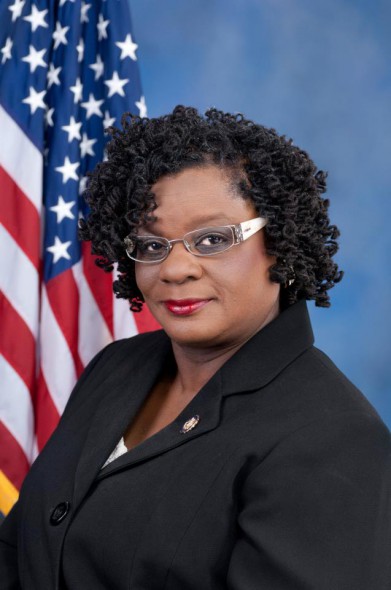 (MILWAUKEE, WI) — Today, Congresswoman Gwen Moore met with a number of her constituents, as well as community advocates to discuss the crisis Wisconsinites and Americans across the country are facing with high prescription drug costs. Congresswoman Moore highlighted that despite Trump’s broken promises to address the issue and Senate Leader Mitchell McConnell’s refusal to allow the bill to be considered in his chamber, House Democrats have passed numerous health care bills that address this issue. In total, House Democrats have passed over 250 bills this session.

While Democrats have kept their word, Donald Trump has broken his. While on the campaign trail and in office, Trump promised time and again to bring down the cost of prescription drugs, pledging “very soon, drug prices will go plunging.” But Trump has broken that promise, taking steps that have only made the crisis worse. His record on health care speaks for itself.

Trump broke promise after promise to Wisconsinites and Americans to lower prescription drug costs, expand health care, and improve access to quality care, and they’re paying more and more for his deceit.

In an interview, Congresswoman Moore highlighted H.R. 3, legislation that was recently introduced in the House that will allow the government to negotiate the price of hundreds of different medicines with the pharmaceutical industries that produce them. Currently, the government has no ability to negotiate the cost of prescription drugs.

“The first thing on our agenda when we return from this October recess is to pass the prescription drug bill that I’ve described,” Moore said. “One of the elements of the prescription drug bill would make sure that we have it [pharmaceutical drugs] indexed to international prices and any effort on the part of a pharmaceutical company to raise it above and beyond that international standard — there would be a recoupment of that money, up to 95% of that increase.”

Democrats have kept their promises to Wisconsinites and the American people to tackle numerous problems in the health care system, a potent issue in the 2018 cycle that helped the party take back the House of Representatives.