“These students, among the strongest news reporters at campuses across the country, represent the future of journalism.” 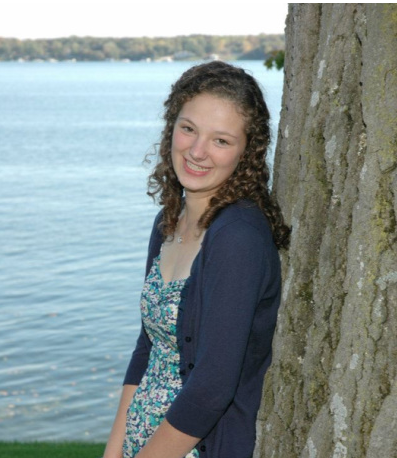 MILWAUKEE – Kelly Meyerhofer, a junior from Lake Geneva studying journalism and political science, was awarded a nine-day journalism study trip to Japan from the Scripps Howard Foundation. Meyerhofer was among nine other collegiate journalists from around the country who won the annual Roy W. Howard National Collegiate Reporting Competition.

“These students, among the strongest news reporters at campuses across the country, represent the future of journalism,” said Joseph Coleman, the Roy W. Howard Professor of Practice at Indiana University. “It will be a pleasure to accompany the group to Japan on a trip aimed at helping fellows develop a global perspective in their work.”

The competition, established in 1984, honors the memory of the journalist who led Scripps Howard Newspapers from 1922-1953 and United Press from 1912-1920. This is the 10th year that the Scripps Howard Foundation has awarded the study tour to Japan to competition winners.

The trip, led by Coleman, begins May 21 and includes excursions primarily in the Kansai region cities of Osaka, Kyoto and Kobe. Included in the trip is a visit to Hiroshima, the first city in world history to be devastated by the atomic bomb, and the Hiroshima Peace Memorial Museum and Park, as well as Tokyo.

Meyerhofer has written extensively about education, specifically Milwaukee Public Schools, for both the Milwaukee Journal Sentinel and Milwaukee Neighborhood News Service. She has also written for the Herald Times Reporter in Manitowoc and the Lake Geneva Regional News. At Marquette, Meyerhofer has contributed to the Marquette Journal and served as an investigative reporter for The Marquette Tribune. While studying abroad in Rome, she continues to freelance for Catholic News Service.