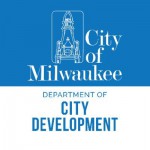 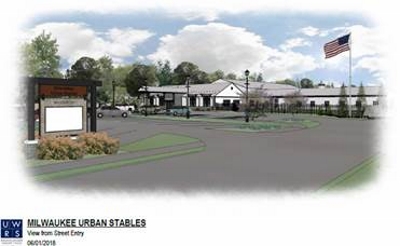 The Redevelopment Authority of the City of Milwaukee (RACM) is moving forward with the transfer of the property at 143 East Lincoln Avenue for the development of a multi-use facility called Milwaukee Urban Stables. The planned facility will combine community outreach programs, equine assisted therapy programming, and a new home for the Milwaukee Police Department’s mounted patrol.

The project and the $1.00 purchase price for the land will be reviewed by the RACM board at its next meeting on June 21st. Consideration by the Board of Zoning Appeals and the Common Council will follow in late June and early July.

“The Milwaukee Urban Stables will be a very positive addition to our city. It’s a collaborative effort that benefits public safety, builds community partnerships, and engages a wide range of city residents in positive activity,” Mayor Tom Barrett said. “I appreciate the efforts of all the civic-minded individuals who are supporting this project.”

The planned facility includes stables, indoor and outdoor riding areas, and offices for both the therapeutic riding operation and the police mounted patrol. A number of community partners are participating in the project including Milwaukee Downtown (Bid #21), Hamilton High School, the Milwaukee Rotary Club, and the Veterans Administration. The site is located in the 14th Aldermanic District, and Alderman Tony Zielinski’s office has expressed support for the project.

Construction of the new facility is expected to take approximately one year. Additional information about the project is attached.

Jun 25th, 2021 by City of Milwaukee Department of City Development

Jun 3rd, 2021 by City of Milwaukee Department of City Development

Nov 5th, 2020 by City of Milwaukee Department of City Development