"It’s important to note that Community Schools are more than community partnerships."

“While we are happy that Chris Abele and Demond Means are beginning to recognize the progress of the public Community Schools model that has been successfully implemented in the following four MPS schools: Auer Avenue, Bradley Tech, James Madison Academic Campus, and Hopkins Lloyd. It’s important to note that Community Schools are more than community partnerships. We remain skeptical that the Community Schools model can be implemented under the OSPP Takeover plan in a way that would benefit the children of Milwaukee.

“The Academy for Urban School Leadership (AUSL) was listed as a partner in a proposal Abele and Means submitted to Milwaukee Public Schools. The AUSL is an extreme, Chicago-based school management operator that currently runs 32 Chicago Takeover Schools. It is difficult to understand how Abele and Means can be promoting the AUSL model and the Community School model simultaneously.

“The Community School model places an emphasis on high-quality teaching, while the AUSL model has a history of recruiting individuals with no formal training in education, who are non-education majors, career changers, or non-licensed educators. In Chicago, Takeover schools placed under the AUSL model underwent drastic changes, eliminating over 90 percent of the educators who had close relationships with the children. The new replacement teachers in AUSL schools were younger, less experienced, had no prior relationships with the students, and were more likely to only have a provisional certification.

“The Milwaukee Teachers’ Education Association reaffirms our commitment to work towards a solution that honors the right of every child in Milwaukee to have a quality, public education, regardless of their zip code. Our message to County Executive Abele and Demond Means is this: we will continue to resist any attack on our communities’ fundamental, democratic rights that would remove public institutions from the control of our publically elected school board.” 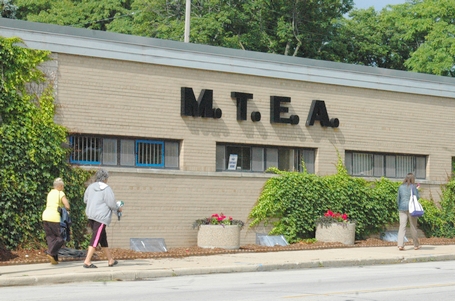