Brookfield, WI –  What does it take for a a person to run for Congress? At first glance, one might assert that it takes a great deal of money and political backing. Or, one might prefer a “Mr. Smith Goes to Washington” approach, where the ideals of an honest young man win over the corruption of government. In reality, political campaigns are an endless succession of “in the trenches” work days, and there is always somebody waiting for the politician to make a mistake or say something he/she doesn’t agree with.

In America, seats in the House of Representatives are contested every two years, Senate seats every six and the presidency every four. However, there is an endless cycle of campaigning, brought on by challengers from the left or right, and would-be politicians are always announcing their candidacy. It is an on-going cycle.

“I don’t believe we need any more than three months for most elections and no more than six months for presidential elections,” said Palzewicz. “A lot of what leads to divisiveness is that we always have an election happening. There’s never an off-year anymore when it comes to an election process. Our elected officials aren’t even allowed to do things for fear of getting a challenge in the primary or somebody running against them because there is always somebody running.”

Elections are about ideas and principles.  That gets lost in the American system of television ads, big budget campaigns, and special interests.

The desire for power and the need to raise large sums of money to get elected, all but eliminates any candidate who is not backed by money. The big money involvement in politics opens the door for special interests and corruption. Palzewicz has a solution.

“I would like to see campaigns be publicly funded,” Palzewicz explained. “The way it’s set up now is you have to be pretty wealthy to run, to win. Elections should be about the people selecting the right candidate, not about the power brokers and special interests.”

“If you level the financial playing field and allow candidates to present their platform, people can make a clear and informed decision.  Let the best candidate win, not the richest and the most powerful.”

Palzewicz encourages people to vote and exercise their constitutional right on November 3.

Social Security Not Enough for Retirement 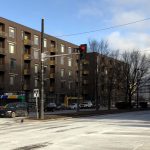 Op Ed: How to Spend Less On Police by Josh Zepnick