The Iconic Band Comes to the Marcus Center’s Uihlein Hall on Saturday, July 23 at 8:00 pm 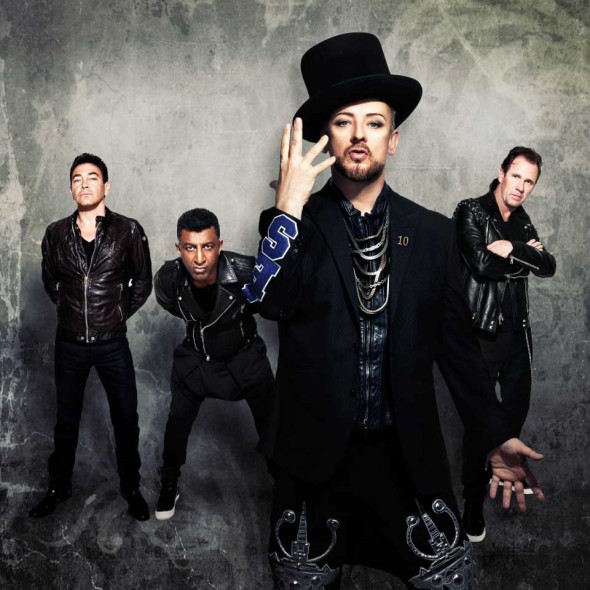 April 25, 2016 (Milwaukee) – Overwhelming excitement and outstanding reviews caused by Boy George and Culture Club’s performances from last year’s mini-tour across the U.S, has driven the group to announce their first full tour in more than 12 years spanning 40 cities throughout the U.S., Canada, Mexico, Australia and Asia. Known for dominating the charts worldwide with their classic hits including “Karma Chameleon,” “Do You Really Want To Hurt Me” and “Miss Me Blind,” the iconic band will kick-off their tour on June 6, 2016 at Adelaide Entertainment Centre in Adelaide, Australia.

Culture Club is making a stop in Milwaukee at the Marcus Center for the Performing Arts on Saturday, July 23 at 8:00 pm. Tickets go on sale this Friday, April 29 at 12:00 pm at the Marcus Center Box Office. Tickets can be purchased in person at 929 North Water Street, Downtown Milwaukee, by phone at 414-273-7206, all Ticketmaster outlets and online at Ticketmaster.com or MarcusCenter.org. This performance is being presented by ACG.Throughout Culture Club’s 2015 mini-tour, the band received rave reviews from some of music’s toughest critics:

“But if you like to go out, if you like to feel good, if you like to be transported by music, if you’re in search of authenticity in a land inundated by fake. This is your gig’’ – Bob Lefsetz, The Lefsetz Letter”headliner Culture Club provided soul aplenty, thanks to a large backing band consisting of female singers, a horn section and George’s own burnished vocals. “Church of the Poisoned Mind” was as vibrant as ever!”  – George A. Paul, Orange County Register

“Re-emphasized George as an outsider who found a path to acceptance by his sheer lovability,” and the group’s performance, “underscored the two themes of the night – the pull of nostalgia and the power of individuality.” – Jim Farber, New York Daily News

As the first multi-racial band with an openly gay front man, Culture Club has set many records, including being the first band since The Beatles to have three Top Ten hits in America from a debut album. In the eighties the band dominated the charts in over a dozen countries, with multi-platinum albums and more than 50 million albums sold worldwide to date. In 2014, Culture Club reunited to create new music and has been in the studio putting the finishing touches on their new album Tribes, available now for pre-order, set to release later this year. The band recently headlined iHeart Radio’s 2016 “iHeart 80s Party” at The Forum in L.A. to a packed crowd.

For more information about the tour and tickets visit: http://www.culture-club.co.uk/