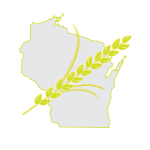 It is with heavy hearts that the Asian American Pacific Islander (AAPI) Coalition of Wisconsin mourns the lives lost in the shootings that transpired on Tuesday evening in Atlanta, GA. There have been more than 3,800 hate incidents committed against the AAPI community since the pandemic began. This level of communal trauma has already had a significant impact on Asian Americans and our statement will center the voice of the AAPI community and not the stated motives of the perpetrator in this incident.

The AAPI Coalition of WI is calling for a community-centered approach that implores our allies to stand with us in our collective grief and demand leadership denounce the scapegoating of AAPIs for the ongoing COVID-19 pandemic and other anti-Asian rhetoric. The AAPI Coalition of WI also calls for proactive policing and increased intelligence sharing and patrol by local, state, and federal authorities.

Racism and hate have no place in Wisconsin. While date irrefutably shows that hate crimes committed against the AAPI community have been on the rise since last year, including verbal assaults, physical violence, and a disproportionate number of attacks directed towards AAPI women, we have not seen our leaders offer sincere concerns nor plans of action.

For these reasons the AAPI-WI is offering the following calls to action:

Call your Wisconsin Senators and Representatives and ask them to support the Bill – LRB -2576/1 that condemns anti-Asian violence and hate.

The Asian American Pacific Islander (AAPI) Coalition of Wisconsin unites AAPI leaders throughout the state, serving as a conduit for AAPI communities and local/municipal/stat reources to come together to stand against Hate and Racism. Born out of a rise in anti-Asian sentiments tied to the COVID-19 pandemic in 2020, our coalition inspires action in, and across, all communities by confronting racism, connecting resources and serving those affected by hatred and xenophobia.