The Arts/Industry residency program, often touted as the most unusual and successful ongoing collaboration nationwide between art and industry, celebrates 40 years with a sweeping exhibition

SHEBOYGAN, WI – March 17, 2014 – In 2014, the John Michael Kohler Arts Center marks the fortieth anniversary of its world-renowned Arts/Industry residency program with a sweeping exhibition and 300-page book titled Arts/Industry: Collaboration and Revelation. Over the course of more than 500 residencies, artists from around the world have worked in the Pottery, Iron and Brass Foundries, and Enamel Shop of Kohler Co. in Kohler, Wisconsin to create entirely new bodies of work that would have been difficult if not impossible to make in their studios. Curated by Arts/Industry’s founder, Director Ruth DeYoung Kohler, the exhibition surveys nearly 350 works of art created by artists-in-residence throughout the four decades.

Arts/Industry was initiated by the Arts Center and Kohler Co. in 1974 to spark collaborations between artists and industrial artisans. Emerging and established artists from throughout the world work for two to six months on the factory floor, alongside the men and women who cast and finish Kohler Co. products. Artists-in-residence often use the word “transformative” to describe the effect the experience has on their careers and ways of thinking. While industry seeks efficient production of great design, artists continually push the unexpected, asking “What if?”

“From day one, a critical part of the John Michael Kohler Arts Center’s mission has been to support underrepresented and emerging artists and art forms. The Arts Center has always been a place where art gets made, not just exhibited,” said Ruth DeYoung Kohler. “We took a risk 40 years ago when we launched this collaborative experiment, and are thrilled to be able to celebrate the breadth of work and artists’ careers that the program has helped spur.”

In June of 1973, Ruth DeYoung Kohler, who only months before had become the third director of the John Michael Kohler Arts Center, curated the largest-ever contemporary ceramics exhibition in the United States. Titled The Plastic Earth, the exhibition surveyed the work of 87 leading and up-and-coming American ceramists. It was sponsored by Kohler Co. led by Herb Kohler in conjunction with the company’s centennial celebration. For the opening reception of The Plastic Earth, the Arts Center invited all of the exhibiting artists to Kohler Co. for a daylong seminar that brought artists together with Kohler Co. engineers and Pottery associates for discussions and demonstrations of the industrial ceramic technologies. That seminar laid the groundwork for Arts/Industry, a program that would encourage continued dialogue between artists and industries.

Arts/Industry began in August 1974 in the Kohler Co. Pottery with a four-week pilot residency of Ohio artist Jack Earl and Louisiana artist Tom LaDousa. Earl and LaDousa worked 12- to 16-hour days and produced over 120 sculptures fashioned from plumbingware fixtures that they cut apart, reassembled, or altered. A spirited and controversial exhibition of the major works created during the residency led to a lively dialogue in “Letters to the Editor” of Ceramics Monthly magazine and among ceramists across the country. Many felt that artists gaining access to the industrial technologies was an enormous breakthrough, while an equal number felt that “never the twain shall meet.” An unexpected yet significant element of the residency was the rapport which grew between the artists and the industrial personnel. In fact, the pilot residency proved to be so rewarding for all involved that both Earl and LaDousa were invited to return in December 1974.

Because of the very visible success of these activities, the John Michael Kohler Arts Center was asked by the American Craft Council to host a unique conference, Industry and the Artist/Craftsman, in 1975. Over 150 artists participated in intensive tours, panel discussions, and workshops in Sheboygan County industries: Bemis Manufacturing Co.; Kohler Co.; Nemschoff Chairs, Inc.; Thonet Industries, Inc.; The Vollrath Company; and Wigwam Mills, Inc. This conference led, in turn, to a collaborative project between two artists and Wigwam Mills, and to the hiring of an artist as a craftsman-designer at Nemschoff, as well as to the continuation of the residency program at Kohler Co.

Many artists expressed interest in year-round residencies up to six months long. That became a reality in 1984. Since then, approximately 16 artists have been in residence each year. The new schedule has allowed greater flexibility for artists and given them the opportunity to undertake large-scale commissions as well as explore new processes and ways of thinking.

In 1986, the Foundry officially became part of the Arts/Industry collaboration and two artists at a time began working in each studio for two- to six-month residencies. In both studios, artist taught artist, and the associates were always instrumental to their success. Since 1974, over 500 artists-in-residence throughout the world have utilized the extensive resources of Kohler Co.

“We’re as excited to join the Arts Center in celebrating the 40th year of this innovative program as we were at its inception,” said Herbert V. Kohler, Jr., Chairman of the Board and CEO of Kohler Co. for the last 42 years. “In addition to being a critical resource for artists, Arts/Industry has had a lasting effect on our business by stretching the capability of the factories, introducing the need for alternative technologies, and presenting new possibilities in design.”

More About the Exhibition

Exhibition themes explore experimentation with new media, the multiplicity of industrial production, artists’ inventive reinterpretations of plumbingware, and the ambitious scale of works of art made possible by working in the factory. The exhibition and accompanying comprehensive anniversary publication provide compelling documentation of Arts/Industry’s powerful contributions to the development of individual artists’ work, the program’s critical impact on the broader art world, and the mutually rewarding interactions among artists, industrial artisans and the local community.

“The residency was a huge push for my career,” said Chris Antemann, 2004 program artist. “It’s allowed me to increase the scale of my work and branch out into more complex forms. Arts/Industry transformed my way of thinking about what is possible.”

Founded in 1967, the John Michael Kohler Arts Center is dedicated to making innovative arts programming accessible to a broad audience that ranges from academics to young children. Central to its mission is promoting the understanding and appreciation of the work of self-taught and contemporary artists through original exhibitions, commissioned works of art, performing arts programs, community arts initiatives, and publications. The Arts Center’s collection focuses on works by self-taught and folk artists, the preservation of the work of art-environment builders, and works created in the Arts/Industry residency program. Looking to the future, the Arts Center continues to generate new explorations in the arts that foster creative exchanges between an international community of artists and a diverse public, making real the power of art to transform lives and strengthen communities. The John Michael Kohler Arts Center is supported by corporate and foundation donors and its many members; it is not an entity of Kohler Co. or its subsidiaries. More information about the Arts Center can be found at jmkac.org.

About the Kohler Co.
The Kohler Co. was founded in 1873 by John Michael Kohler, and has pursued as its mission, a growing level of gracious living through a sense of higher design and leading edge technology.  The founder’s name graces the Arts Center because the Center began in his home, but the Center is entirely independent of Kohler Co.  You may learn more of Kohler Co. in Arts/Industry at kohler.com under Stewardship. 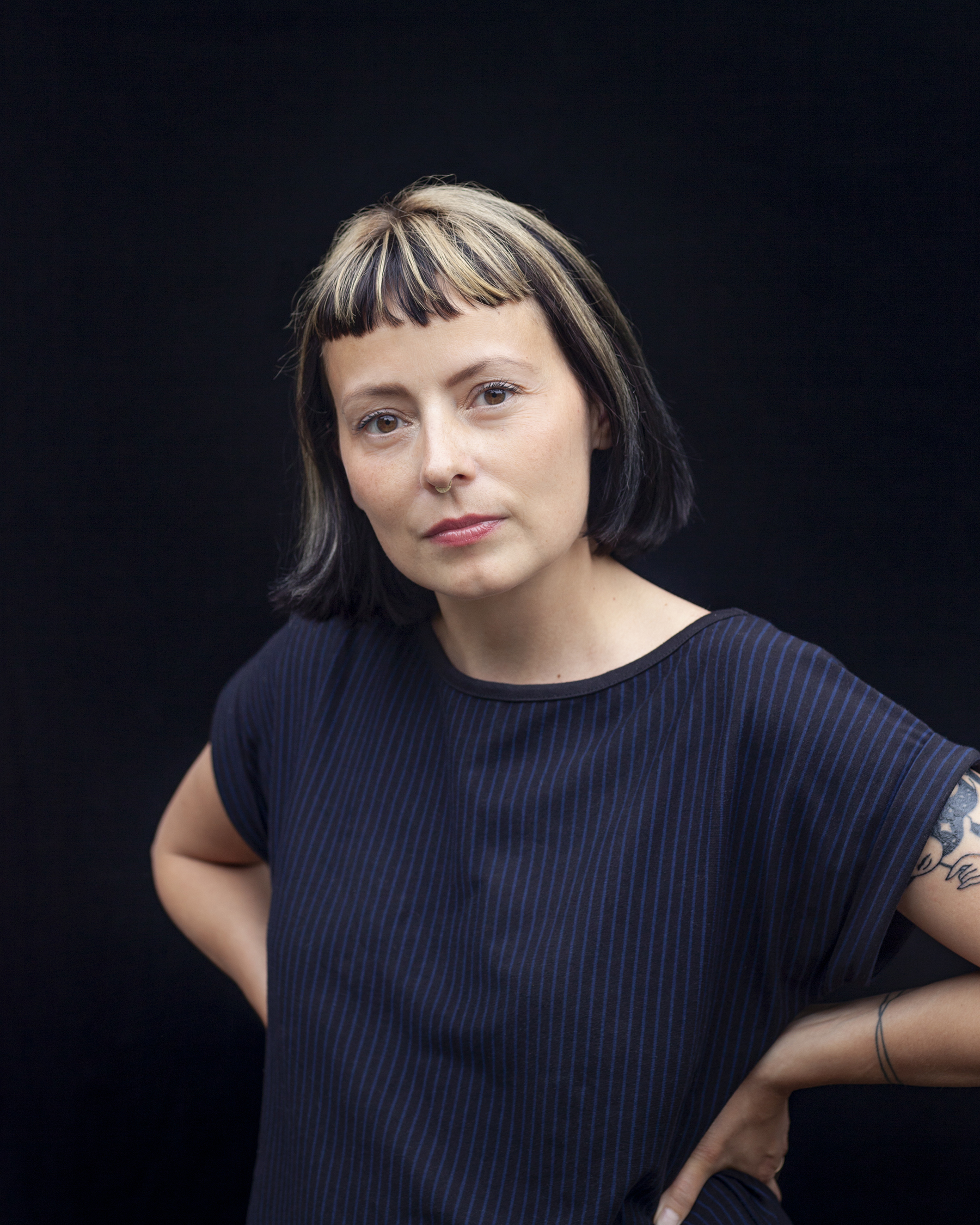 Stratton will be supported in her Arts Center role by a curatorial fellow.

The Arts/Industry residency program, often touted as the most unusual and successful ongoing collaboration nationwide between art and industry, celebrates 40 years with a sweeping exhibition