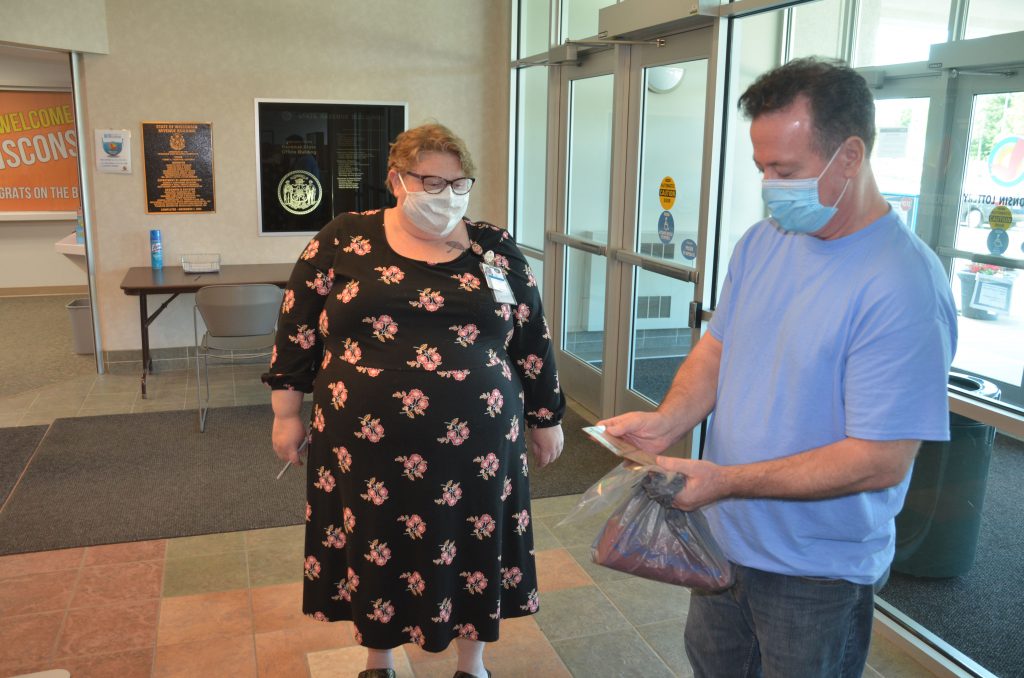 John Hale. Photo courtesy of the Wisconsin Department of Revenue.

Life happened over the years and once he finally returned to the bank to check the deposit box where he placed the bills, the bank he said was no longer there leaving whereabouts of the currency unknown.

“I didn’t know where it was until I got a call,” said Hale referring to the phone call he received late last week from Wisconsin Department of Revenue (DOR) Unclaimed Property Section Supervisor Anne Eudaly.

Wisconsin state law (sec. 177.16, Wis. Stat.) says property is abandoned if unclaimed by its owner for five years after the lease or rental period of the box or other repository expires. Hale’s bank box fell within these parameters, leading the financial institution to hand over the box to DOR’s Unclaimed Property Section.

After being held at DOR an additional three years, the department was required to examine the box’s contents and place up for public auction any tangible property within having monetary value. Eudaly said upon examining the box’s contents they found a Social Security number (SSN) reported with the box.

“We used the SSN to look in our database and find a phone number for Mr. Hale,” said Eudaly, adding that she contacted him soon after.

According to a December 12, 1976, Appleton Post-Crescent article—a copy of which was in the deposit box—Hale’s father Thomas Hale said the bills were given to him in 1946 by a friend he served with in the Navy during World War II. The friend found them while tearing down an old bridge in Connecticut in 1937, and knowing the elder Hale was a coin collector thought he might have interest in the find.

The junior Hale was 13 years old when his father passed away about 40 years ago, leaving him to care for the collection.

When Hale received the call from Eudaly he was shocked. After verifying he was the rightful owner, the two made plans for Hale to come in and pick up his property at DOR’s headquarters in Madison.

“I figured they were gone,” said Hale, standing in a small room looking down at table where he had spread out the bills with denominations ranging from two-thirds of a dollar to $8 and print dates of either 1776 or 1778—Hale says he is unsure what he will do with them. For now, he’s just happy to have them back and appreciative to those who made the effort to find him.

” I was surprised that something good happened,” Hale said. “Something that comes back. It’s a blessing.”

Note: Photos of John Hale and his colonial currency are available here.