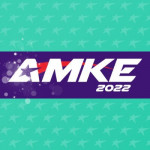 Back For Another Year to Celebrate Japanese Anime, Pop Culture, and All Things Nerdy

The programming opportunities the convention offers consist of annual staples like the Masquerade, an event where contestants dress in extravagant costumes and perform skits, the Charity Ball raising money for a different Milwaukee local organization every year, and AMKE Underground, a Saturday night dance with popular DJs from the community.

Something unique to Anime Milwaukee that also draws large crowds is the Cosplay Combat Chess. The chess pieces are actually participants acting like their favorite characters while dressed like them in an elaborate skit.

Beyond the special events held every year, there is original programming all throughout the convention. There are educational panels teaching about Japanese language and culture and fan-led panels celebrating specific shows, games or comics, unique programming for children, a free manga library, and video and table-top gaming rooms.

Registration is open throughout the convention weekend, February 11-13, for anyone interested to see what it’s all about.